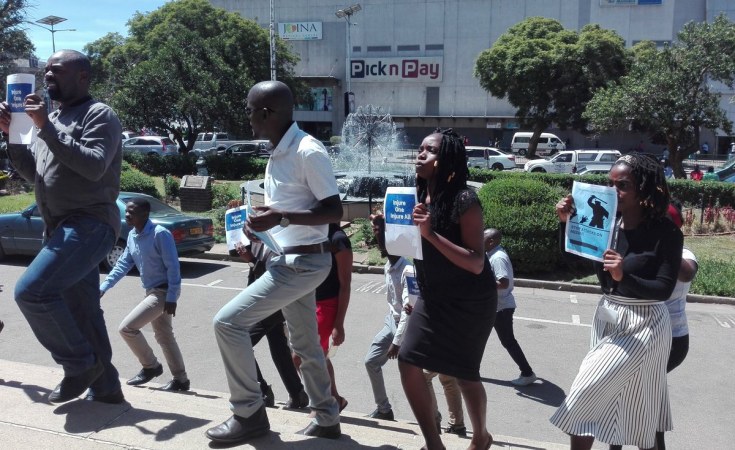 Some 25 journalists are currently held up at Harare Central Police station after they attempted to present a petition to the officer commanding Harare district, in protest last week's invasion of online publication #263Chat.

Anti-riot police who had been engaged in running battles stormed the publication's offices in central Harare before throwing tear-smoke leaving one reporter injured in the melee.

The journalists are currently held in an underground cell at the country's biggest police station.

No charge has been laid on them and no officer has bothered to address why they have been forced into the cell which houses petty criminals and illegal vendors.

Police spokesperson Paul Nyathi has been called and promised to address the matter.