South Africa: Graffiti Is an Eye-Catching Way to Create Lively Spaces in Cities 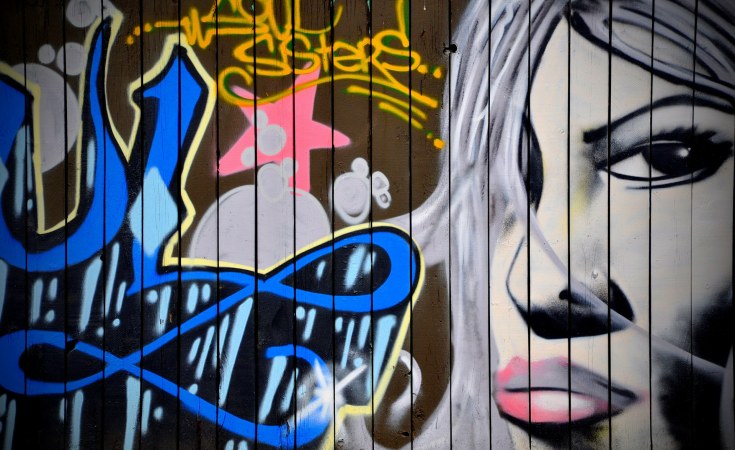 Whether it's tagging (the stylised writing of an individual or crew's name), posters, stickers, installations, murals or mosaics, graffiti has always been a contentious issue. Countries like the US, UK and Australia have adopted aggressive - and expensive - strategies to try and eradicate graffiti.

But not all cities view graffiti as a bad thing. Over the past few decades, it's increasingly become part of mainstream culture. Some places have actively promoted graffiti and encouraged artists to work in public spaces. Others, like Bogota in Colombia, have introduced legislation that aims to promote the responsible and legal practice of graffiti. In Singapore, the state has designated specific surfaces for graffiti.

Johannesburg, South Africa's most populous metro, takes a dim view of graffiti. In 2016, Mayor Herman Mashaba declared that he would eradicate graffiti through stricter bylaws to create an "investor-friendly environment" in the city. His stance is arguably at odds with the City of Johannesburg's policies on urban redevelopment. These rely on programmes that support public art and promote tourism opportunities.

We and our colleagues at the Gauteng City-Region Observatory wanted to know the contribution made by graffiti to tourism and the public environment in the inner-city of Johannesburg. The Observatory is an independent research organisation which generates data and analysis to help inform development and decision making in the Gauteng City-region. So we undertook a study of graffiti in Maboneng, a precinct in Johannesburg's inner city that's undergoing urban renewal.

Using the case study of Maboneng, the research demonstrates that graffiti has been leveraged in nurturing urban development, creative economies and tourism in the inner-city. This means it has aesthetic value in the urban environment. The research shows that graffiti contributes to place-making by creating meaningful or identifiable spaces that tolerate public participation through the medium of graffiti.

The Maboneng precinct began in 2009 with the completion of the "Arts on Main" building, an artists' space in a renovated industrial building. Over the last decade, Maboneng has become an iconic example of how investing in "creative spaces", "creative industries" and "creative tourism" can be used to drive urban renewal of previously disused or derelict urban environments.

Maboneng's developers have created a strong public and street art presence, both physically and digitally. In fact, graffiti forms part of the developers' strategy for reinvigorating the area. The area now boasts several large-scale murals produced through street art festivals and artistic commissions. It's also attracted significant attention from graffiti artists. All of this contributes to Maboneng's aesthetic identity and is one of the elements that draws tourists to the area.

In our research we used photographs of graffiti to document, locate and map its presence within the precinct. Graffiti here refers to a spectrum, from tagging to elaborate pieces with a focus on stylised words and text.

Through visual and spatial analysis, we were able to demonstrate that graffiti has aesthetic value. It signifies the redevelopment of the neighbourhood, distinguishes the area from surrounding spaces, and projects a global aesthetic similar to that seen in places like Hell's Kitchen, New York; the east end of London or Bogota, Colombia.

Notably, the mapping showed how tagging, accompanies both redevelopment and commissioned street art.

Large murals were incorporated into the architecture of renovated buildings. These murals were frequently accompanied by other forms of graffiti such as tagging, posters or stickers. Graffiti was present in the precinct even where buildings or public space had been upgraded. This reflects Maboneng's tolerance for types of graffiti that are more frequently viewed as undesirable.

We also examined the visibility of graffiti murals in Maboneng. The location of a graffiti piece is a conscious decision: graffiti artists aim to express their views in the public realm and gain more recognition and respect based on the reach of their work.

We mapped the reach of the murals on high rise buildings in Maboneng, and found that many could be seen for several hundred metres down streets - and, in some cases, beyond the boundaries of Maboneng itself. The murals announce the branding and identity of the area for the public and thus aid in making the Maboneng precinct more visible and inviting.

Our research shows that graffiti has been used to create a strong brand for Maboneng and is a form of advertising that extends beyond the immediate neighbourhood boundaries.

Graffiti has been used as a form of way-finding or navigation, where buildings become unique landmarks in the landscape. It is through these elements that the value of graffiti is being realised in Maboneng.

Graffiti is creating a distinctive precinct within Johannesburg and, simultaneously, a familiar global aesthetic of the creative neighbourhood. The presence of graffiti in Maboneng has not detracted from its value in terms of urban renewal. This means that Maboneng provides an alternative management approach, which should be further investigated.

Samkelisiwe Khanyile, a junior researcher with the GCRO, contributed to this article.