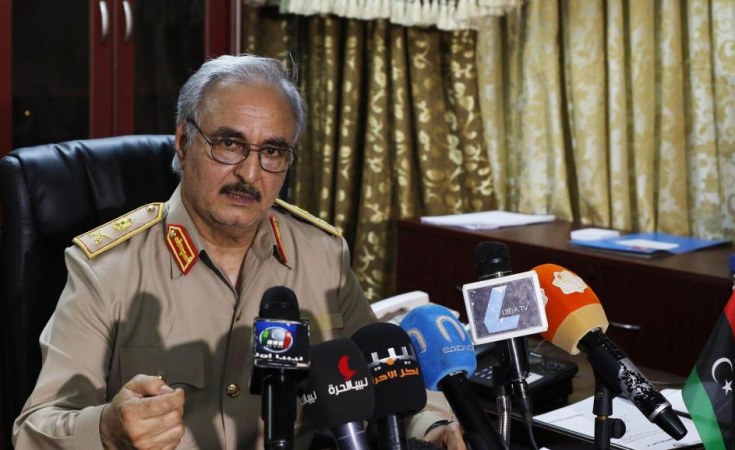 U.N. Secretary-General Antonio Guterres is calling on all parties in Libya to immediately engage in dialogue to reach a political resolution to conflict there, declaring "there is no military solution."

In his statement late Monday, Guterres offered U.N. help to get the dialogue started.

His comments came after forces loyal to military commander Khalifa Hifter acknowledged responsibility for an airstrike that hit the only functioning airport in Tripoli.

There were no reported injuries from the strike at Mitiga airport, but the attack did force the airport to close for several hours.

Fighting for control of Tripoli between Hifter's forces and those of the U.N.-backed government during the past week has left dozens of people dead.

The United Nations issued an "urgent appeal" for a two-hour truce in the suburbs of Tripoli to evacuate civilians.

U.N. spokesman Stephane Dujarric said the truce would allow for "the provision of emergency services and the voluntary passage of civilians, including those wounded, from the areas of conflict." He said the clashes are affecting residential areas, and "an unknown number of civilians are unable to flee these locations."

Dujarric said that 3,400 people have been displaced by the latest violence, which began on Thursday.

The fighting marks the first surge of unrest in Libya since the fall of dictator Moammar Gadhafi in 2011.

The U.N. envoy to Libya, Ghassan Salame, condemned the attack on Tripoli's airport. In a statement Monday, he called the incident "a serious violation of humanitarian law."

U.S. Secretary of State Mike Pompeo called for an immediate halt to the advance by Hifter's forces and said all of the parties involved "have a responsibility to urgently de-escalate the situation."

Europe Split on Response to Libyan General's Tripoli Offensive
Tagged:
Copyright © 2019 Voice of America. All rights reserved. Distributed by AllAfrica Global Media (allAfrica.com). To contact the copyright holder directly for corrections — or for permission to republish or make other authorized use of this material, click here.