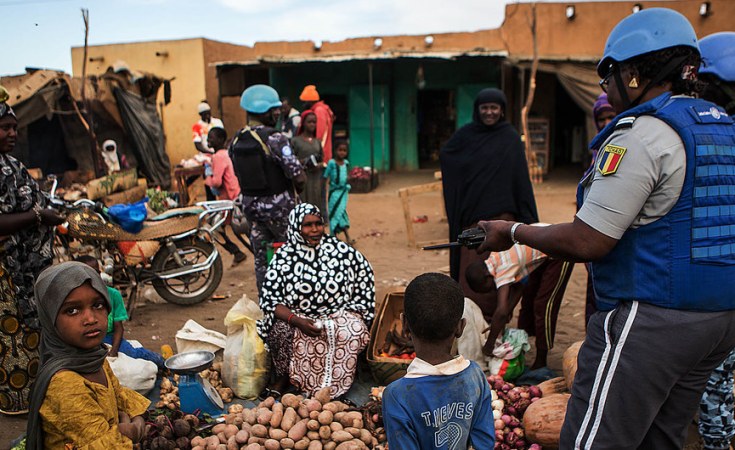 Violence and the intensification of military operations in Northern and Central Mali have pushed more than 87,000 people to flee their homes since January 2019. Several humanitarian actors present in the country are raising the alarm and warning about insufficient capacity to respond to the growing humanitarian crisis.

"The aggravation of local conflicts and the intensification of military operations in Northern and Central Mali are pushing civilians away and forcing them to flee. While there are increasing humanitarian needs, our capacity to respond as humanitarian actors is weakening," said Prince K. Lumueno, Head of the Emergency Program for the Norwegian Refugee Council in Mali.

Since January 2019, more than 87,000 people have been newly displaced in Central and Northern Mali, according to the latest figures recorded by the Rapid Response Mechanisms (RRM). This is 71,000 more people than during the same period in 2018. The Mopti region alone registered about 15,000 people displaced because of the resurgence of inter-communal conflicts since the beginning of the year. Military operations in the southwest of Ménaka have also caused the displacement of more than 10,000 people since January 2019.

The increase of security incidents related to the spread of armed groups, such as militias or self-defense groups, radical groups, and an increase in criminality and military operations have also an impact on humanitarian access, particularly in the border areas of the G5 Sahel member countries.

The Norwegian Refugee Council, Action Against Hunger and their partners in the Rapid Response Mechanisms in Mali are increasingly concerned about the humanitarian impact of the conflict on civilians. "For several months, thousands of women, men, and children in need of aid have yet to receive humanitarian assistance. This is currently the case along the Mali-Niger border, southwest of Ménaka, in the Gourma region, North-West of Timbuktu, and along the Mali-Burkina Faso border, such as in Koro and Bankass,” said Lumueno.

"Civilians pay a heavy toll because of the increasing insecurity. Since the beginning of the year, more than 400 civilians have been killed in Central and Northern Mali. In comparison, the year 2018 had registered a total of 287 civilians killed,“ said Tidiane Fall, Country Director for Action Against Hunger (ACF) in Mali.

"Several people were coldly murdered in front of me. Our livestock has been stolen and the members of my community are scattered. We do not have access to the market or to the health center because no one dares to go out. They are afraid to be killed. We only survive by drinking the milk of our animals and fonio,” explained Hamidou, a family leader who fled the violence south of N'tillit in Gao region.

The efforts of the international community in the Sahel are focusing on security strategies without taking into account the humanitarian needs generated by the intensification of violence and conflict. The Norwegian Refugee Council and its partners of the Rapid Response Mechanism in Mali appeal to donors to increase funding for the humanitarian response and demand unrestricted access to people affected by the violence.

Tagged:
Copyright © 2019 Norwegian Refugee Council. All rights reserved. Distributed by AllAfrica Global Media (allAfrica.com). To contact the copyright holder directly for corrections — or for permission to republish or make other authorized use of this material, click here.