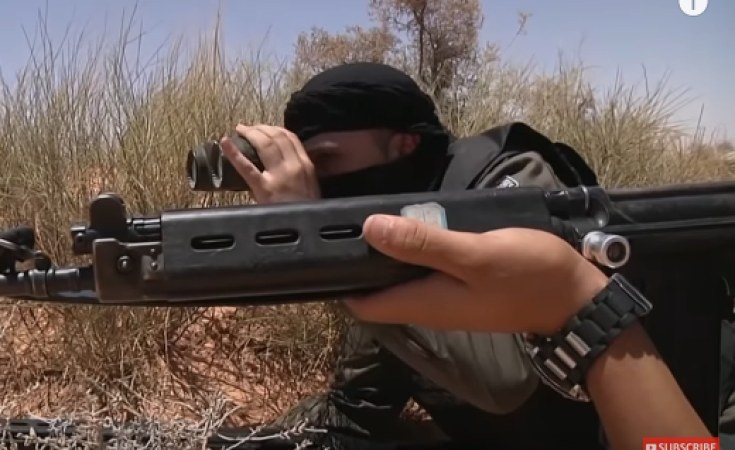 Some 47 people have been killed since Sunday in Libyan General Haftar's push to take Tripoli. After talks planned for the weekend were postponed, DW spoke to the Red Cross to find out the situation on the ground.

The battle for the Libyan city of Tripoli saw casualties rise to 47 deaths and 181 wounded on Tuesday, according to the World Health Organization.

As the strongman general Khalifa Haftar attempted to take Tripoli from an internationally recognized government, the long-planned, UN-backed conference aimed at finding a way out of the eight-year conflict was postponed.

With international calls for a ceasefire falling on deaf ears and fighting expected to intensify, DW asked the International Committee of the Red Cross' Rabab Al-Rifai about the situation on the ground in Libya:

Al-Rifai: The situation in Tripoli is increasingly tense. According to our colleagues on the ground, sounds of fighting can be heard on and off. And of course fears are running high that the situation will deteriorate further. People are said to have left some neighborhoods in search of safer areas. Most are staying with relatives and friends, however we have heard about tens of families at least that are currently displaced. The latest I have heard is about 150 families, that makes around 900 people.

DW: What is the scale of the humanitarian problem now?

We do not know yet the scope of the humanitarian needs overall. We've heard of dozens that have been either injured or killed and are following the situation very, very closely. As part of our preparedness plan we have pre-positioned what we call weapon wounded kits. That's enough to treat between 100 to 400 wounded patients. There is other aid that also is pre-positioned such as food items and household items, which include blankets, mattresses, hygiene material and so on.

How is the country handling such a drawn-out conflict?

The fighting has been happening since 2011, which has been mostly ongoing or intermittent fighting and violence in different parts of the country. The intensity to which this has affected civilian populations varies from one place to another, but one area that has been hit hard is health facilities, especially with the violence combined now with such a prolonged conflict. If I look at the more recent examples, the last clashes in Tripoli back in late August and September 2018 caused power cuts in many parts of the city which left tens of thousands of people without direct access to water. It also damaged various infrastructures. So the mid- to long-term impact of the conflict is obviously starting to take its toll on the Libyan population.

How have the refugees from sub-Saharan countries currently living in Libya been affected?

The ICRC doesn't work specifically with refugees or migrants, but I would say that migrants or refugees in centers are particularly vulnerable at this time. And like other civilians they also need to be protected and spared from harm.

How does the ICRC see the outlook in Libya?

Right now we have about 70 team members working on the ground and monitoring the situation closely and pre-positioning aid in order to respond as soon as possible. In the case of Libya, if violence escalates and the conflict is prolonged, from our experience it will have dramatic consequences on the population.

Meet Khalifa Haftar, Self-Declared Leader of East Libya
Tagged:
Copyright © 2019 Deutsche Welle. All rights reserved. Distributed by AllAfrica Global Media (allAfrica.com). To contact the copyright holder directly for corrections — or for permission to republish or make other authorized use of this material, click here.