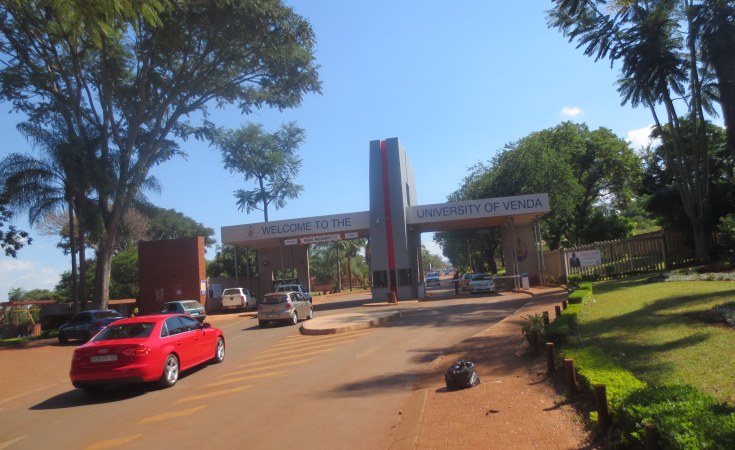 Bernard Chiguvare/GroundUp
Some students at the University of Venda are still waiting for funds from the National Student Financial Aid Scheme.
GroundUp (Cape Town)
By Bernard Chiguvare

Some students at Venda University say they have still not received their funds from the National Student Financial Aid Scheme (NSFAS) for the first semester.

Takalani Dzaga, Director Communications and Marketing, Venda University said of the 10,574 students who were due to receive NSFAS allowances in 2019, 10,154 had been paid by 2 April. The remaining were to to be paid by 5 April, he told GroundUp last week.

But when GroundUp checked on 8 April, some students had still not received their allowance.

First year BA student Mpho Maguwelele said if NSFAS did not pay him soon he might have to drop out of the university. He is expecting R5,000 for books and R2,000 for food.

"When I successfully applied for NSFAS I expected to enjoy university studies. Unfortunately without the allowances, university life is tough. At times I have to forgo some meals trying to save the little I get from my guardian," says Maguwelele, who is from Madombizha, a village about 80km from the university.

"We are only a month away from our semester examinations but I do not have enough material for reading. I am expected to attain a certain level so that I will be eligible for NSFAS next time but where do I get material for studying if I do not have money?"

His parents are unemployed and cannot afford books and food.

"We are five in our family, all school-going age, and my parents can not keep up with my university demands. I hustle for food and study material," he says.

Arnold Mathebula, a blind student in his third year of International Relations studies, has received most but not all of his allowance from NSFAS. He was expecting R6,200 for books and R2,000 for meals. On 1 April he received R7,500.

"My parents can not raise money for buying food and study material," he says. Since 2017 I have been a recipient of NSFAS funds but it is always paid late. For food I have to find friends willing to share."

Pensive Tshabangu, chairperson of Disability Student Unity (DSU) said the organisation was concerned about delays in disbursement of allowances. He said in early March students had marched to the office of the University finance department and handled in a memorandum demanding immediate disbursement of the allowances. Some students had received their money the same afternoon.

"Those who have not received the allowances are really struggling to get money for food and buying study material."