Sudan: Army Set to Make Announcement, Reports That Bashir Will Step Down 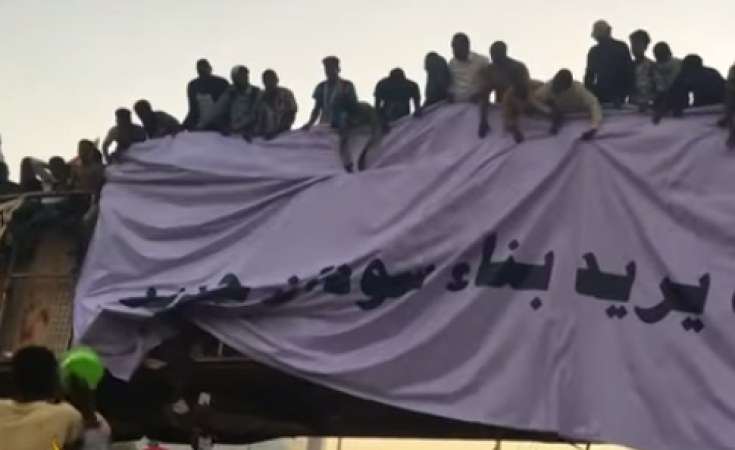 The publication says that sources also say that some current and former officials have been arrested. In addition, it is reported that Khartoum airport has been closed down.

Sources also say that the Sudanese army has announced the formation of an interim council headed by the first vice president Awad Ibn Auf.

It was earlier reported that state television and radio announced that the Sudanese army will make an "important statement soon".

Provincial Minister pre-empts army statement and confirms that President Omar Al-Bashir has stepped down and "consultations" are underway to set up a transitional council.

A rally outside military headquarters in Khartoum demanding the resignation of President Omar al-Bashir has been ongoing since Saturday April 6.

The hashtag #SudanCoup is beginning to trend on Twitter, where various news outlets and journalists have filed the following tweets:

On-ground expert source in Khartoum: thousands are heading towards the sit-in site, where people are already celebrating. He suspects that this is an internal coup by the islamists - engineered by the army, in collaboration with spy chief Gosh & RSF/Janjaweed leader Hemidti.

Bram Vermeulen (correspondent, documentarymaker, author)
Omar al-Bashir ís the military. He is the commander-in-chief. So the military getting rid of the president is  a coup within the regime that protected him for 30 years. #SudanCoup

Hiba Morgan (@AJENews producer in #SouthSudan, #Sudan)
All of #Sudan is waiting to hear the army announcement after five days of a sit-in at the military hq. Thousands of people are already celebrating on the streets, calling it a coup. Tune in to @AJEnglish for the latest update on #SudanUprising

UN Experts Condemn Excessive Use of Force At Protests

Al-Bashir Arrested, State of Emergency Declared in Sudan
Tagged:
Copyright © 2019 allAfrica.com. All rights reserved. Distributed by AllAfrica Global Media (allAfrica.com). To contact the copyright holder directly for corrections — or for permission to republish or make other authorized use of this material, click here.