Uganda: What Does the Sudanese Uprising Mean for President Yoweri Museveni?

Sudan's long-time leader has given in to pressure from his people, especially the youth, and vacated his position. This follows similar developments in Algeria. Which African country where a leader has overstayed his welcome is next?

Sudan has been under the rule of a single man, who ruled as a dictator, since 1989. On 11 April 2019, his regime met its end at the hands of the Sudanese people. For some, this is a sobering moment about the transience of power; for others, it is a wake-up call and a reminder that they have the power to hold their leaders accountable.

Not too far from Sudan is Uganda, which has had its own series of dictators and repressive rulers, from Idi Amin Dada to its once liberator, now oppressor, Yoweri Kaguta Museveni, who, at the age of 74, is still clinging to power.

In 1986, the people welcomed Museveni to Kampala after his forces toppled Milton Obote. In 2018, Museveni experienced one of the largest shows of resistance to his regime when Robert Kyagulanyi, popularly known as Bobi Wine, was thrown into prison after clashes between the ruling party and opposition supporters.

In 2017, the popular age limit Bill, which would have prevented President Museveni from contesting the election, was amended. Uganda's constitution barred people older than 75 and younger than 35 from running for president. The amendment of this Bill eliminated these age limits.

Ugandan parliamentarian Robert Kyagulanyi Ssentamu also known as Bobi Wine was illegally detained and tortured by the Yoweri Museveni government. There has been an outcry demanding his release. Photo: Facebook/BobiWine

With the declaration of Bobi Wine's intention to contest the 2021 polls, there is an opportunity for the youth of Uganda to take charge of their destinies once more. Bobi Wine has built up a huge following under his slogan "Power to the people" and through his songs, which are highly critical of the government.

While the youth of Sudan has shown the world what it takes to remove a dictator, many Ugandans are asking if President Museveni is next in line to face protestors. Algeria's President Abdelaziz Bouteflika, 82, who ruled from 1999, has equally been kicked out of power after the youth of Algeria took to the streets, demanding that he not contest the April election.

These waves of protest around the continent, led by the youth, have sent a clear message: The future of Africa is here, and dictators have no place in it.

Previous Story
Academics Have Shaped Sudan's Political History, and May Do It Again
Next Story
President Omar al-Bashir Resigns After Months of Protests

Academics Have Shaped Sudan's Political History, and May Do It Again 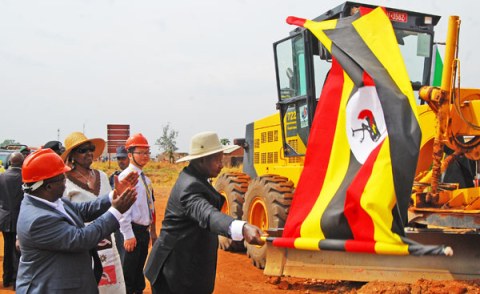 Sudanese Opposition Rejects Military Takeover
Tagged:
Copyright © 2019 This is Africa. All rights reserved. Distributed by AllAfrica Global Media (allAfrica.com). To contact the copyright holder directly for corrections — or for permission to republish or make other authorized use of this material, click here.