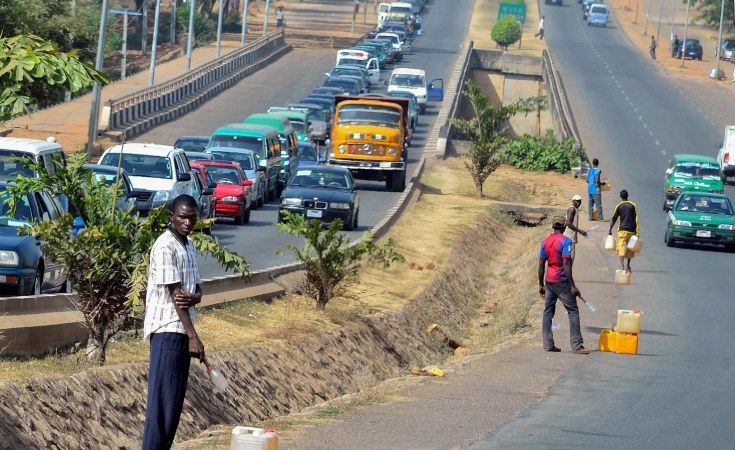 The International Monetary Fund (IMF) has advised Nigeria and other countries still subsidising fuel for domestic consumption to stop doing so.

The IMF President, Christine Lagarde, said this on Thursday in Washington DC at a news conference during the ongoing IMF/World Bank meeting.

She said subsidy payment had consumed about $5.2 trillion globally from 2015 till date.

She said such amount would have been used to improve education, health system, water and infrastructure for the majority of the poor people in most countries.

In particular, she said IMF wanted Nigeria to remove the subsidy due to paucity of fund to take care of its infrastructure reforms and other social services.

"Nigeria has among the lowest Tax to GDP ratio which signifies low revenue mobilisation for the government and the only way to fill in the gap is to remove subsidy.

"We believe that removal of fossil fuel subsidies is the right way to go.

"If you look at our numbers since 2015, it is no less than 5.2 trillion dollar that is spent on fuel subsidies and the consequences thereof.

"Our Fiscal Affairs Department actually identified how much would have been saved fiscally, but also in terms of human life if there has been the right price on carbon emission as of 2015.

"The numbers are quite staggering.

"There will be more fund available for public spending to build more hospitals, roads, schools, and to support education and health for the people," she said.

She said the removal would ensure a social protection net to cushion the impact on the most vulnerable members of the countries.

"As I said a year ago, we are talking about synchronised growth. And 75 percent of the global economy is going through that phase.

"As you have heard a couple of days ago, we are now talking about a synchronised slowdown by 70 percent of the global economy," she said.

She projected that global economy would grow from 3.3 per cent in the year to 3.6 percent in 2020.

"Our projected rebound from 3.3 in 2019 to 3.6 by 2020 is precarious and subject to downside risks, ranging from unresolved trade tensions, yet high debt in some sectors and countries, both public and corporate.

"Also there is the risk of the weaker-than-expected growth in some stressed economies," she explained.

She attributed this to many decades of trade integration, which according to her has helped to boost productivity, innovation, growth, employment and reduced cost of living especially for low income earners.

Also, the World Bank President, David Malpass, in a separate news conference said nine in every 10 extremely poor people across the world would be Africans come 2030.

Mr Malpass said the development would jeopardise the World Bank's goal to end extreme poverty by that time.

He said extreme poverty was on the rise in sub-Saharan Africa despite a global drop from levels seen in the 1990s and 2000s.

"By 2030, nearly nine in 10 extremely poor people will be Africans, and half of the world's poor will be living in fragile and conflict-affected settings.

"This calls for urgent action by countries themselves and by the global community," he said.

Nigeria's Debt Low, No Plan For Fuel Subsidy Removal - Minister
Tagged:
Copyright © 2019 Premium Times. All rights reserved. Distributed by AllAfrica Global Media (allAfrica.com). To contact the copyright holder directly for corrections — or for permission to republish or make other authorized use of this material, click here.