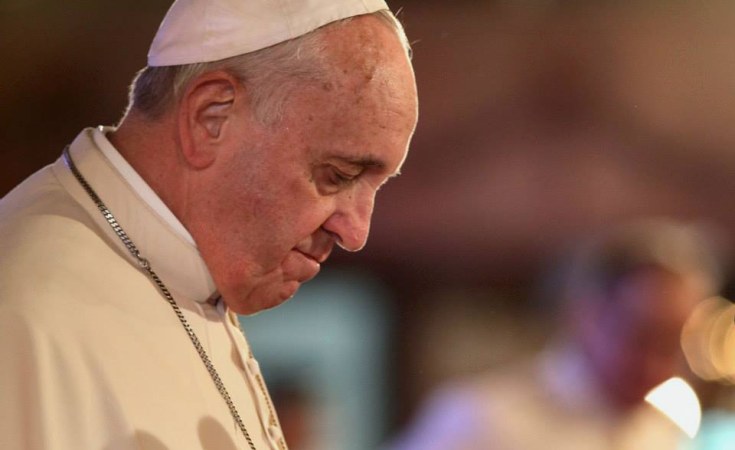 Pope Francis has told leaders of South Sudan that peace is possible and urged the country's leaders to seek what unites and overcome what divides.

At the end of a two-day meeting in the Vatican, the pope shocked those present by kneeling and kissing the feet of South Sudan's former warring leaders.

At the end of the two-day meeting in the Vatican, originally proposed by the Archbishop of Canterbury, Justin Welby, Pope Francis told South Sudanese leaders to recognize the enormous shared responsibility they hold for the present and future of their country.

The pope called on them to commit themselves to the building of their nation.

The pope said, "People are wearied, exhausted by past conflicts: remember that with war, all is lost! Your people today are yearning for a better future, which can only come about through reconciliation and peace."

The pope said this meeting was "something altogether special and in some sense unique," as it was neither an ordinary bilateral nor diplomatic meeting between the pope and heads of state, nor an ecumenical initiative involving representatives of different Christian communities. Instead, it was a spiritual retreat.

South Sudan's civil war, which broke out in late 2013, has killed tens of thousands and displaced more than 4 million South Sudanese from their homes. A peace deal last August has reduced but not stopped the fighting.

One of the South Sudanese religious leaders attending said these were days of intense prayer and deep reflection and of open and frank dialogue and spiritual conversation.

"The leaders leave here renewed and committed to the task of working for peace, striving for reconciliation and seeking justice for the 13 million people, the South Sudanese, whose prayer and hope they all carry."

Pope Francis told them how he learned last September that a peace agreement for the country had been signed and congratulated political leaders for "having chosen the path of dialogue." He urged them to implement what has been agreed on.

The pope expressed his heartfelt hope that hostilities would finally cease, that the armistice would be respected, that political and ethnic divisions would be surmounted, and that there would be a lasting peace for all those citizens who dream of beginning to build the nation.

After his speech at the end of the retreat, Pope Francis kissed the feet of the former warring leaders and told them their people are waiting for their return home, for reconciliation, and a new era of prosperity.

South Sudan Opposition Want All Issues Resolved Before New Govt
Tagged:
Copyright © 2019 Voice of America. All rights reserved. Distributed by AllAfrica Global Media (allAfrica.com). To contact the copyright holder directly for corrections — or for permission to republish or make other authorized use of this material, click here.