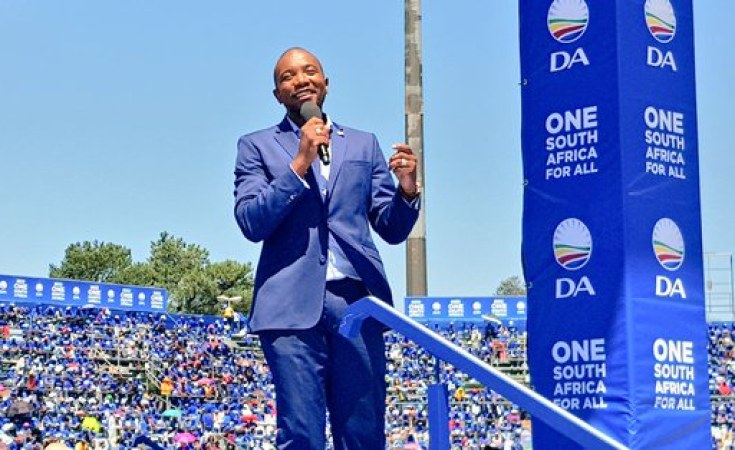 The Democratic Alliance (DA) has asked the Electoral Commission of South Africa (IEC) to look into what they call "vote buying" by ANC secretary general Ace Magashule.

This, after Magashule was seen gifting a Philippi woman R400 to buy food while conducting a door-to-door election campaign in the Western Cape township on Saturday, SABC reported.

His actions, according to media reports, came after he had opened the woman's fridge and said to her, "There's no food in this house," to which the woman responds, "Things are bad here".

Magashule then gave the woman cash, who later expressed her gratitude while holding the two R200 notes.

"The DA is of the view that Magashule's stunt is tantamount to vote buying and an infringement of clause 9 (2) (a) (iii) of Schedule 2 of the Electoral Act. The IEC's Code of Conduct explicitly prohibits the use of a financial inducement to gain a vote for a political party," the party's Mike Moriarty said in a statement on Sunday.

Moriarty is the DA's principle representative to the IEC.

While the gesture brought happiness to the Philippi woman, the DA was not impressed.

"The ANC's desperation to hold onto power knows no bounds. Over the past week, the ANC has been at the centre of violent protests across DA-led municipalities and now they are openly seen to seemingly buy votes," Moriarty claimed.

This however has not been proven.

He further accused the ANC of having created a South Africa where unemployment was high and people lived in poverty.

"This is an ANC created problem that they are now pretending to solve by handing out money on the campaign trail. To trap people into poverty and then bait them with money in exchange for their votes is appalling even for the ANC," the party said.

Magashule on Saturday defended his action as the "right thing to do", denying it was intended to buy any votes.

He criticised the DA, the governing party in the Western Cape, claiming the ANC was going to win the province back after the May 8 general elections.

The book reveals details of Magashule's alleged iron fist rule while premier of the Free State, and his hand in the state capture project, which Magashule has denied.

He continued his campaigning on Sunday, attending a church service in Khayelitsha at noon.

Heat is On for Magashule as South Africa's ANC Readies Probe
Tagged:
Copyright © 2019 News24Wire. All rights reserved. Distributed by AllAfrica Global Media (allAfrica.com). To contact the copyright holder directly for corrections — or for permission to republish or make other authorized use of this material, click here.