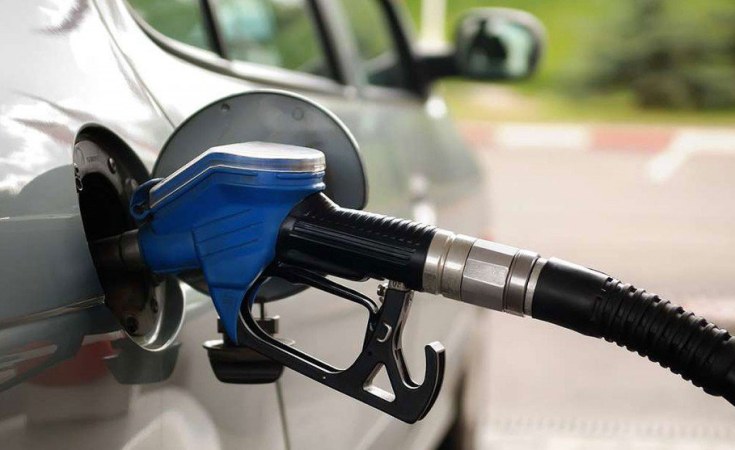 The nation's fuel shortage has worsened as consumers spent the weekend on queues for the product, despite assurances by the Nigerian National Petroleum Corporation, NNPC.

Meanwhile, the Federal Government yesterday, said there was no plan to remove subsidy on premium motor spirit (otherwise known as fuel) now because the conditions for such decision do not exist. The conditions include provision of alternative cushioning measures mutually agreed between stakeholders to protect the economically vulnerable members of the population.

NUPENG and PENGASSAN which see IMF as enemy of Nigerian people, pleaded with President Muhammadu Buhari to ignore IMF, and blamed the multilateral organisation's call for total subsidy removal for the resurgence of petrol scarcity across the country.

Investigation showed that the shortage was fueled by the Federal Government's announcement that it would undertake a gradual phase-out of fuel subsidy, which the World Bank said cost Nigeria N731 billion in 2018, weekend, thus triggering panic buying of Premium Motor Spirit, PMS, across some states of the federation.

In Abuja, some filling stations did not open for business, thus forcing motorists and other users of fuel to form long queues in the few that opened to customers.

Many stations, belonging to independents marketers were also shut in some parts of Lagos, but the majors such as Total, MRS, Oando, were seen selling to customers at government controlled price.

Fuel sells at N160 in Bayelsa

Despite the threat by the Department of Petroleum Resources, DPR, to shut down fuel stations selling above the official rate of N145 per litre, many stations sold the product at between N155 and N160 per litre in Bayelsa State, depending on location, a development that prompted the Head of Operations, Department of Petroleum Resources in the state, Ibinabo Jack, to meet both the independent and major marketers last week.

But the state chapter of the Independent Petroleum Marketers Association of Nigeria, IPMAN, blamed the increase to price increase at the depots.

The group said its members had to source the product from Warri and Port Harcourt refineries at prices above N142 and considering the transport cost, there was no way they could sell at the government price.

Also, there were long fuel queues across Ekiti State, where the product was sold at N160 per litre.

Iyamu, who spoke through the Command's Public Relations Officer, Tolu Afolabi, added that the operation will begin by 8am today.

"We are starting the operation on Monday and those sabotaging the system will be arrested and brought to justice. We realised that long queues and artificial scarcity had been created by some petrol dealers and we are ready to address the issue.

Meanwhile, the Petroleum Products Pricing Regulatory Agency, PPPRA, yesterday, advised motorists to desist from panic buying, stating that there is currently enough quantity of the commodity to last the country 21 days.

In a statement in Abuja, Executive Secretary of PPPRA, Alhaji Abdulkadir Saidu, disclosed that the agency would continually monitor the supply of the commodity to forestall a disruption in the system.

He said: "The Agency has observed the sudden re-appearance of queues at some filling stations over speculation of short fall in the supply of Premium Motor Spirit, PMS."

However, Finance Minister, Mrs. Zainab Ahmed, at a briefing to mark the end of the 2019 Spring Meetings of the World Bank and the International Monetary Fund, IMF, in Washington DC, USA, yesterday, said: "There is no imminent plan to remove fuel subsidy. We are here to discuss with the global community on various policy issues .

"One of the issues that always come up in the report, especially by the IMF as a corporate body is how we handle fuel subsidies. IMF is saying fuel subsidies are better removed so that you can use the resources for other important sectors.

"We will be discussing with various groups . If we have to, what are the alternatives? We have not yet found viable alternatives . So we are not yet at the point of removing fuel subsidy."

According to her, there is no immediate plan to remove fuel subsidy, contrary to speculations that have led to the emergency of fuel queues in some parts of the country.

A joint statement by General Secretary of NUPENG and his PENGASSAN counterpart, Afolabi Olawale and Lumumba Okugbawa, respectively, said: "The leadership of NUPENG and PENGASSAN read with serious concerns and worries the reported statement made by IMF, Media Chief for Africa on the state of Nigeria economy and the unsolicited poisonous advice on further recovery of the nation's economy. The statement of IMF has created panic in the country with associated hoarding of petroleum products, panic buying, skyrocketed increases in prices of goods and services in the country.

"Clearly, IMF is speaking from the two sides of its mouth. In one breath, the Media Chief praises the significant progress the nation has made in terms of its Gross Domestic Product, GDP, that increased by 1.9 percent in 2018 from 0.8 percent in 2017 on the back of improvement in manufacturing and other economic policies of the government, while on the other hand, offering poisonous advice on further economic recovery. It is quite bewildering and baffling that IMF is not considering the pains and agonies Nigerians went through even to achieve the acknowledged gains of 2018, with almost two-thirds of the world's hungriest people among the Nigerians.

"One wonders why IMF is still callously and wickedly advising the government to inflict more pains and harms on the people? Imposing more stringent reforms in domestic revenue mobilisation including among others, increase in Value Added Tax, VAT, and securing more domestic oil revenues through subsidy removal at this time is clearly an attempt to destabilize the nation. This statement is embellished and loaded with poisons, considering the antecedents of IMF in our economic challenges and struggles over decades of our nationhood. The various devaluation of our currency on the strength of advices of same IMF has been a very big burden on our nation for several years now.

"We are aware of what Nigerians are going through, we empathize with them and will not turn blind eyes to any further attempt to increase their pains and impoverish them further. May we put it clearly here, that we profoundly appreciate the efforts, commitment and determination of the government of President Muhammadu Buhari to put Nigeria in the right economic stead after several years of economic maladministration and mismanagement. It is really heartwarming that these efforts are being widely acknowledged at home as demonstrated with his re-election for second term in office and globally, even by the IMF.

"Nevertheless, we earnestly plead with President Buhari to constantly put in mind the current hardship Nigerians are going through in our collective journey to economic recovery. Be it known that any economic policy that is devoid of human feelings could lead to more social dislocations and upheavals which in the long run becomes counterproductive as we are currently experiencing." 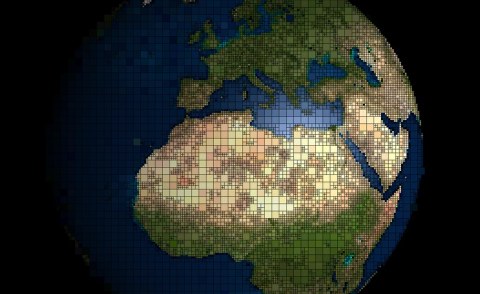 IMF Sets Guidelines for Economic Recovery for Nigeria, Others
Tagged:
Copyright © 2019 Vanguard. All rights reserved. Distributed by AllAfrica Global Media (allAfrica.com). To contact the copyright holder directly for corrections — or for permission to republish or make other authorized use of this material, click here.