Sudan: Why Al-Bashir's Fall Is Only the Start of a New Sudan 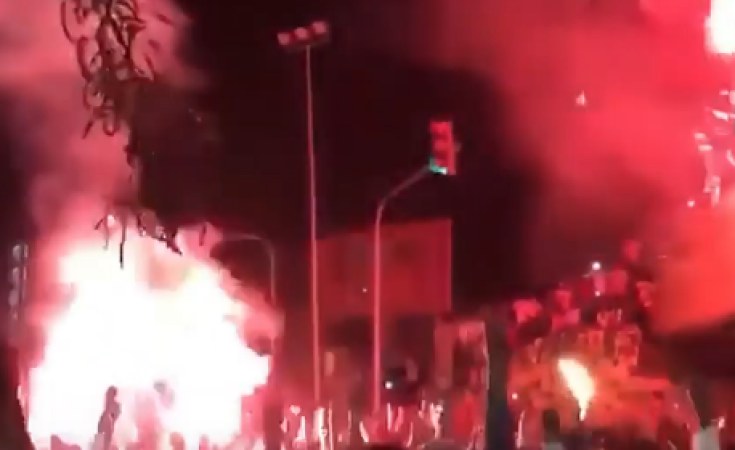 These two weeks have proven momentous for Africa's governance in general but more specifically for democratic transformation. The youth movement forced the capitulation of the perpetually "absent" Algerian president, 82-year-old Abdelaziz Bouteflika, after 20 years in power.

This was followed quickly by the ousting of the 75-year-old Sudanese President Omar Al-Bashir. His fall from power comes almost 30 years after he led a military coup in April 1989.

In the last few years al-Bashir has weathered a number of political crises and challenges to his leadership.

It first looked like he might survive this latest round of protests - but something set this crisis apart from previous ones. While the others fizzled out after brutal suppression, the arrest of opposition leaders and widespread repression, this uprising just refused to "go away". This was true even after initial brutal suppression with the death toll reportedly reaching 60.

This time the crisis trigger - the country's economic malaise - appeared to resonate with people on the street. This was coupled with the tenaciousness of the Sudan Professional Association which offered organisational strength to the protest. Other factors included the role of the military which abandoned the man they had helped stay in power for three decades.

The Sudan Professional Association, made up of teachers, lawyers, doctors and other members of the country's professional elite, was at the very heart of this uprising. The group shared common experiences across the country. It developed a formidable apparatus which offered the protests an organisational backbone.

The association's ability to mobilise street protests countrywide placed unusual pressure on the regime's ability to suppress unrest that spread broadly across cities and towns. The fact that the organisers weren't a traditional political class gave them crucial political capital. While some people might have seen the traditional opposition as engaging in the usual political fights and settling scores, the association quickly gained acceptability and trust.

As the crisis dragged on, the professional class not only kept up the pressure but increasingly became less interested in compromise: its demands are for a total transition of the regime. Al-Bashir may be gone but they are unlikely to settle for military rule that sees al-Bashir lookalikes in power.

The political class: missing in action

For many years opposition political parties were at the forefront of challenging al-Bashir's hold on power. This meant they bore the brunt of state repression and were subjected to arrests, incarceration and exile.

This time round, however, the crisis appears to have caught them off guard. Leaders of the three main opposition parties - the National Consensus Forces Alliance, Nidaa al-Sudan and Ummar party - were late in joining the calls for change, ceding the organisational initiative to the non-political class.

But despite their backseat role in the protests, the traditional opposition parties are nevertheless expected to play the role of kingmaker in any transition process. For its part, the professional association is expected to provide significant input.

And there will be another key player as Sudan tries to move forward: the military.

Military coups were a staple of African governance in the 1970s and 1980s. With democratic reforms emerging in the 1990s, the military was forced to retreat back to the barracks. In this period the military class was refashioned both as a guardian of the state, as well as the guardian, in some ways, of the political class.

The fact that the military has forced his resignation is indeed momentous. This suggests that the men in uniform remain the kingmakers. Their reluctance to confront the population, and in some cases safeguard them against marauding and murderous state intelligence outfits, is testament to their self-image as the guardian of the state.

On the flip side, the announcement that the military will now oversee the transitional period for two years smacks of self-serving interest. It will undoubtedly be seen as usurping the role of the civilian political class to lead the transition.

End of an era

The time for fundamental political reforms is now. After 30 years of political repression, systemic corruption and subversion of state institutions to serve the entrenchment of al-Bashir in power, the end of an era now comes with acute challenges - but also opportunity.

Sudan has a chance to embark on the reconciliation of the political class, bringing together those in the opposition as well as the remaining vestiges of the regime.

Secondly, there's a pressing need to undertake constitutional reforms. Allied to this would be guarantees of civil and political rights, expansion of the political space for old and new political players and stakeholders and the establishment of new structures of transparency and accountability.

Above all, the economy needs to be rebooted to address the immediate social economic challenges that gave rise to the uprising in the first place.

Al-Bashir's fall is only the start of a new Sudan.

A New Dawn for Women's Rights in Sudan

Songs of Freedom - the Soundtracks of Political Change

Sudan Protest Leaders In Talks With Military
Tagged:
Copyright © 2019 The Conversation Africa. All rights reserved. Distributed by AllAfrica Global Media (allAfrica.com). To contact the copyright holder directly for corrections — or for permission to republish or make other authorized use of this material, click here.