Sudan: Declaration of Freedom and Change Forces in Talks With Military Council 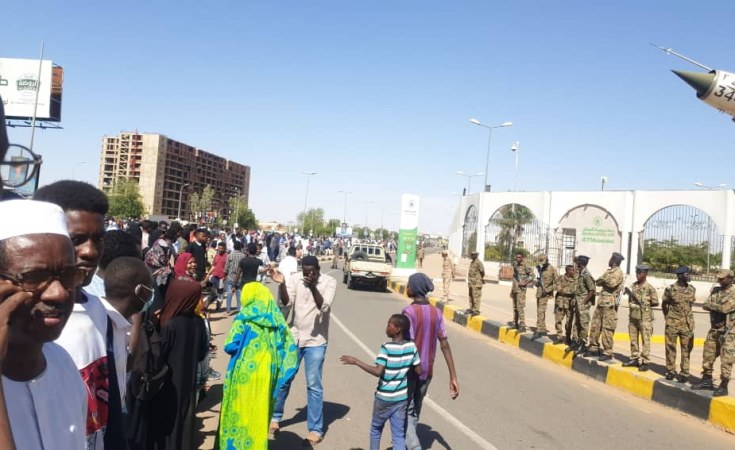 Khartoum — A delegation of representatives of the Declaration of Freedom and Change, a broad coalition of opposition parties and the major force behind the Sudan Uprising, Are currently engaged in talks with the military interim council at the Sudanese army headquarters in Khartoum.

This morning, it was announced that Salah Abdallah (aka Gosh), director-general of the Sudan's NISS, has resigned.

The Declaration of Freedom and Change forces have rejected the seizure of power by Sudan's military, and reiterated their long-held demand for an immediate handover to a civilian transitional government at a press conference in Khartoum this morning.

In a statement this afternoon, they said they received a call from the Armed Forces Command for a meeting on Saturday 13 April 2019.

"We have decided to accept the invitation to sit at the negotiating table for the purpose of the transition to a civil authority that will implement the provisions of the Declaration of Freedom and Change in full accordance with the demands of the inevitably victorious Sudanese revolution."

The statement concludes that "the glorious December Revolution will reach its goals by adhering to our unity and the means of peaceful resistance" and adds that "we will not deviate until the demands of the revolution are fully implemented".

In a separate statement today, the allied Sudanese Professionals Association, which has been the spearhead of the uprising since December, announced that Mohamed Naji El Asam, Taha Osman Ishag, Ahmed Rabee, Ibrahim Hasaballah, Gumriya Omar, and Mohamed El Amin Abdelaziz will form its negotiating team.

Sudanese Protesters Continue Sit-In
Tagged:
Copyright © 2019 Radio Dabanga. All rights reserved. Distributed by AllAfrica Global Media (allAfrica.com). To contact the copyright holder directly for corrections — or for permission to republish or make other authorized use of this material, click here.