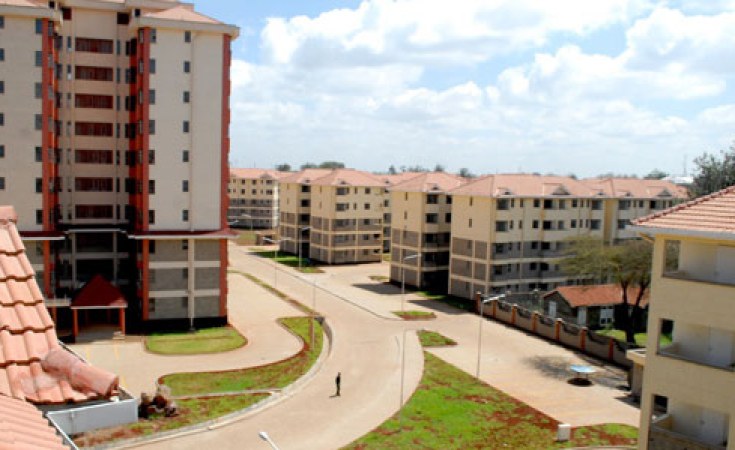 Your April salary is likely to be lower by some thousands of shillings after the government ordered employers to start making deductions aimed at funding the Jubilee administration's housing project.

In a newspaper advertisement on Tuesday, the Housing ministry and the Kenya Revenue Authority announced that the housing fund levy "has come into effect", meaning every employed Kenyan must remit 1.5 per cent of their basic salary for April to the National Housing Development Fund.

Employers are also required to send a figure matching the employees' deductions to the Housing fund.

That means that if a person's basic salary is Sh50,000, some Sh750 of that will be retained by their employer to be remitted to the Housing fund.

The employer will also pay Sh750, meaning the company will send Sh1,500 to the National Housing Development Fund.

However, if the total exceeds Sh5,000, the government says it will not take a coin more.

The deduction became law by the enactment of the Finance Act 2018 that followed the budget statement presented to Parliament by Treasury Cabinet Secretary Henry Rotich.

"The employer shall remit both employee and employer contributions to the National Housing Development Fund before the ninth day of the following month," says the Act.

The government promises employees whose salaries will be deducted that their levies will put them at a position to "finance the purchase of a home under the affordable housing scheme" as stated in the Act.

For those who will be ineligible to purchase a home, the legislation says their deductions will -- after 15 years from the date of first deduction -- be transferred into pension money or be transferrable to a beneficiary.

The Act says the person can also be refunded in cash.

Affordable housing is one of the items in the Jubilee administration's Big Four agenda alongside food security, universal healthcare and manufacturing.

The government pledged to build 500,000 new affordable homes by the end of its tenure in 2022.

Tuesday's advertisement, which was signed by the Housing principal secretary and the KRA commissioner-general, did not make reference to a case that the Central Organisation of Trade Unions (Cotu) filed last year to challenge the levy.

Cotu had gone to court in December to question the implementation of the levy without consultations.

Through lawyer Okweh Achiando, Cotu argued that the levy was being executed without proper systems.

"Regulations have not been developed to guide the implementation of the levy. It is also worth noting that there was no public participation in the amendment which was brought through the omnibus Finance Act, 2018," the lawyer argued.

Due to the Cotu lawsuit, Lady Justice Hellen Wasilwa of the Employment and Labour Relations Court halted the implementation of the levies on December 19, 2018.

The first deduction was to start in January.

The judge said the stoppage would be in effect until the case is heard and determined.

Cotu secretary-general Francis Atwoli was not immediately available for a comment on the matter, same as Federation of Kenya Employers' CEO Jacqueline Mugo.

But speaking in Nyeri on January 29, Housing Cabinet Secretary James Macharia claimed that Cotu had reached an agreement with the government on the matter.

"We had injunctions that halted the process, but the parties have agreed to withdraw them so we are ready to proceed with the project," said Mr Macharia, adding that construction of housing units will begin in a few weeks after the start of the deductions.

"The project is now clear and will be launched in a few weeks. The first 2,000 units will be constructed in Park Road in Nairobi," he said.

Previous Story
Next Story
Employers, Employees to Start Paying 1.5% Levy for Housing Fund in May

Employers, Employees to Start Paying 1.5% Levy for Housing Fund in May

World Bank Agrees to Finance Kenyatta’s Affordable Housing Dream
Tagged:
Copyright © 2019 The Nation. All rights reserved. Distributed by AllAfrica Global Media (allAfrica.com). To contact the copyright holder directly for corrections — or for permission to republish or make other authorized use of this material, click here.