South Africa: Bushiri Crowned 'Prince' By Ndebele King in South Africa for His Work of Charity 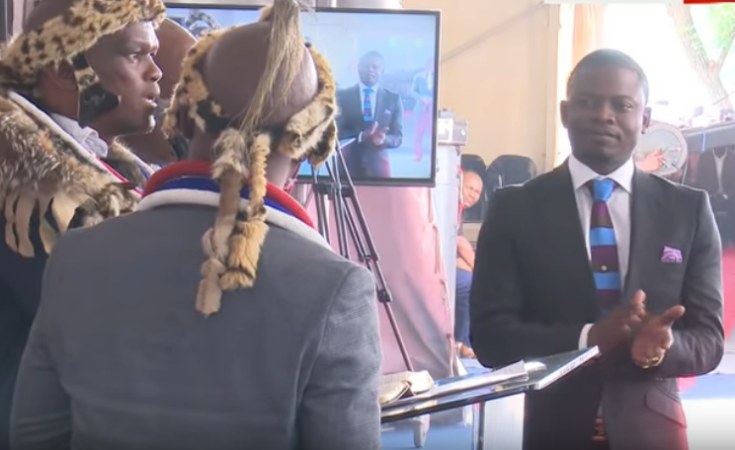 King of AmaNdebele people in South Africa, King Makhosonke II, has crowned Malawian Prophet Shepherd Bushiri the 'prince' of his kingdom as part of honoring the preacher for continuous charity work.

The Amandebele is one the largest kingdom in South Africa ruling over a million people stretched across the rainbow nation.

The king sent a powerful, 60-people delegate to pray with Bushiri at Pretoria Showgrounds on Sunday.

The delegate involved prince and princesses, senior traditional leaders and various members of the ruling council.

Leader of the delegate, Prince Thomas who is second in command, told the ECG gathering that King Makhosonke and entire AmaNdebele kingdom embraces Prophet Bushiri as one of the key personalities in South Africa with regards to changing people's live both spiritually and physically.

"The king has seen how the Prophet has been giving to the less fortunate in South Africa and also touching people's lives, through healing and deliverance, in his church," he said.

He added that because of that, the king has now recognized and made Prophet Bushiri part of the kingdom as one of the prince.

Further, the king even allocated a piece of land in his kingdom to church.

In his words, Prophet Bushiri hailed the King for the gesture and emphasized that the crowning will help him do more in terms of charity.

Botswana Expected to Lift Bushiri Travel Ban
Tagged:
Copyright © 2019 Nyasa Times. All rights reserved. Distributed by AllAfrica Global Media (allAfrica.com). To contact the copyright holder directly for corrections — or for permission to republish or make other authorized use of this material, click here.