The Federal Airports Authority of Nigeria (FAAN) has again threatened to withdraw both aviation security and firefighting personnel from some airports over debt in excess of N2.6 billion beginning from May 1.

The fresh warning is coming after an earlier notice was issued last December to private and state-owned aerodromes, though was later suspended due to public outcry.

The services in question, according to experts, are safety critical without which no airport can process flights.

FAAN, in a public notice issued yesterday said following the notice of intention to sanction, issued to the owners/operators of private airports indebted to the Authority, which lapses on Wednesday April 24, FAAN hereby serves another seven days notice of grace till Tuesday April 30, for them to settle all outstanding debts.

"The Authority shall be constrained to commence the implementation of sanctions at the expiration of this notice, if the organisations fail or refuse to pay up as advised. In view of this, the Authority hereby notifies private airport operators that the services of our Aviation Security and Aerodrome Rescue and Fire Fighting personnel will no longer be available for the operations of their airports with effect from Wednesday May 1, 2019 as the Authority can no longer keep these personnel at the airports working without payment," the state read in part.

An official of FAAN, who did not want to be mentioned, said: "We have decided to take this step as the last resort after all other overtures to make the concerned agencies abide by their part of the bargain but to no avail.

"Please, note that the Federal Airports Authority is also a business concern. The days of financing airports projects and maintenance by the Federal Government are far gone.

"As the general public, airlines and passengers continue to clamour for improved services at our airports, it is only reasonable that we also prevail on those on the other side to also fulfill their own part of the bargain for a prosperous and mutually beneficial industry."

Aviation Security Consultant, Group Capt. John Ojikutu (rtd), recently said he was aware that a lot of operators, including airlines, were indebted to the critical safety services providers including the Nigeria Airspace Management Agency (NAMA).

However, the sector is at this stage because there are no more government intervention and interference as there used to be.

"Above all, and the most disturbing one is the indifference of the Nigerian Civil Aviation Authority (NCAA) to its responsibility to oversight the compliant of all the operators and safety services providers to economic regulations as much as they do on safety and security regulations.

"In all these, therefore, attention of the NCAA is very much needed before the problems get out of hand as I believe they could."

May 1 Is D-Day For Indebted Nigerian Airports 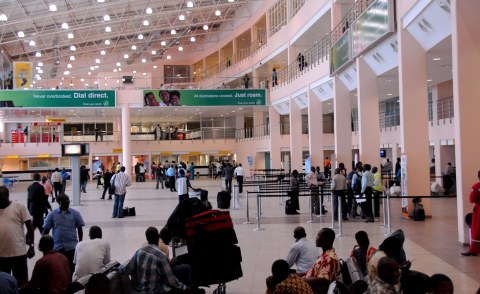 Nigeria's Debt Low, No Plan For Fuel Subsidy Removal - Minister
Tagged:
Copyright © 2019 The Guardian. All rights reserved. Distributed by AllAfrica Global Media (allAfrica.com). To contact the copyright holder directly for corrections — or for permission to republish or make other authorized use of this material, click here.