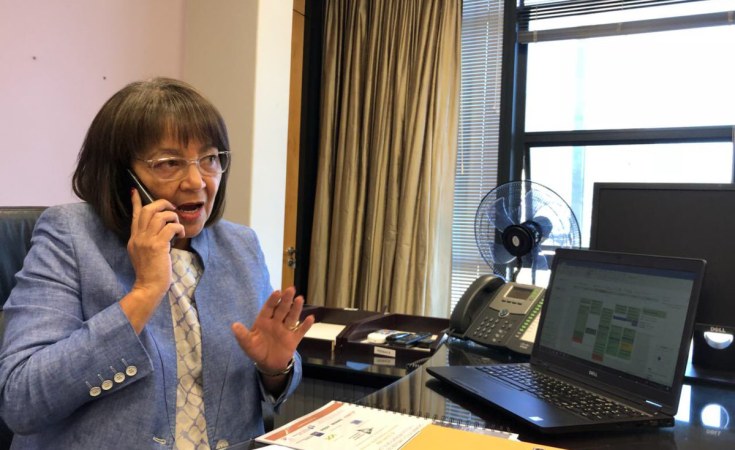 In the latest legal battle between GOOD party leader Patricia de Lille and her former party the Democratic Alliance, the Independent Electoral Commission ruled against the DA. In a ruling released on Tuesday, the IEC found that the DA's claim that De Lille had been fired as Cape Town Mayor was false, and the party now has three days to issue an apology. However, the DA will not issue a public apology and will challenge the decision in court.

The Independent Electoral Commission ruled on Tuesday that the Democratic Alliance must apologise to former Cape Town mayor Patricia de Lille after finding that the DA violated the electoral code of conduct and spread false information about De Lille -- but the DA said it would not abide by the ruling.

The IEC found the DA's position that De Lille had been fired as Cape Town mayor to be false. The claim was part of a script canvassers used when talking to potential voters The commission said the DA's defence that the script was not expected to be read verbatim was "disingenuous".

According to the ruling, obtained by Daily Maverick, the commission found that De Lille had not been fired and...

Previous Story
De Lille Won't Back Down Against DA
Next Story
DA Is Not Losing Support, Maimane Says in Response to Recent Poll

De Lille Won't Back Down Against DA

DA Is Not Losing Support, Maimane Says in Response to Recent Poll

Will South Africa See a 'Watershed' 2019 Election?
Tagged:
Copyright © 2019 Daily Maverick. All rights reserved. Distributed by AllAfrica Global Media (allAfrica.com). To contact the copyright holder directly for corrections — or for permission to republish or make other authorized use of this material, click here.