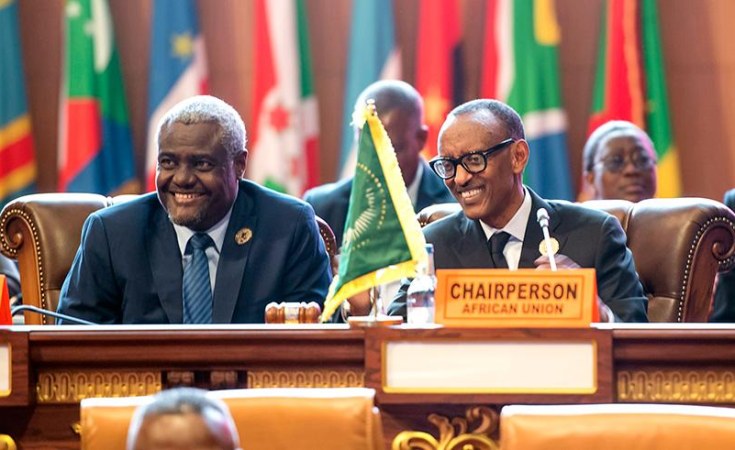 Addis Ababa / Khartoum — The African Union (AU) Peace and Security Council has called on the Sudanese army to hand over power to a civilian government within two weeks: if it fails to do so, it will block the country's membership to the AU. The council deplores the suspension of the Constitution and the arrest of former president Omar Al Bashir.

In an unprecedented move the Peace and Security Council of the regional body (AUPSC) adopted a statement condemning the military coup yesterday as it is convinced that the "military take-over is not the appropriate response to the challenges facing Sudan and the aspirations of its people".

The AUPSC "Deplores the announcement of the then First Vice President and Minister of Defence, Lt. General Awad Ibn Auf, on the suspension of the Constitution, the dissolution of the National Assembly, the formation of a military-led transitional government, which would rule for two years, and the arrest of [former, RD] President Omar Al Bashir, as well as the imposition of a state of emergency for three months, as constituting a coup d'État, which Council strongly condemns."

The overthrowing of the "democratically elected" president does not conform to the Sudanese Constitution, the council stated, and is therefore defined as an unconstitutional change of government, and rejected.

The council "demands that the Sudanese military step aside and hand over power to a transitional civilian-led political authority, in accordance with the will of the people and constitutional order, within a maximum period of fifteen (15) days from the date of the adoption of the present communiqué, failing which, Council will automatically apply Article 7(g) of its Protocol, in particular the suspension of the participation of the Sudan in all AU's activities until the restoration of constitutional order."

Sudan has been one of the 55 members of the African Union, headquartered in Addis Ababa, since May 1963. Under Article 7 of the Protocol also fall "key powers" of the AUPSC including preventing conflicts that may lead to crimes against humanity, undertaking peace-building missions, promoting democratic practices, and recommending an intervention in a member state.

The United Arab Emirates have acknowledged the new head of the Transitional Military Council, Lt Gen Abdelfattah Burhan. Saudi Arabia reportedly ordered an unspecified package of aid for Sudan that includes petroleum products, wheat, and medicine following the announcement of the appointment of Burhan.

Contrary to the AU, the Troika calls for dialogue between all parties instead of a handover of power to a civilian-led transitional government

Meanwhile the Troika countries (the UK, Norway, and the USA), congratulated the people of Sudan for the overthrow of former President Omar Al Bashir, urging the Transitional Military Council and other parties to open dialogue for an orderly transition to civilian rule leading to elections in a reasonable time frame.

The Western countries did not demand the military council to hand over power to a civilian transitional government, contrary to what demonstrators in Sudan have continued to call for.

The military council announced it would rule the country for two years. Opposition and demonstrating groups in Sudan have continued demonstrations, demands and actions for a civilian-led government instead of the military transitional council that has replaced former president Omar Al Bashir after the Sudanese army committed a coup d'état on April 11.

Last Saturday, delegates of the forces of Declaration of Freedom and Change presented a list of points representing their perception of urgent steps to enhance trust between the parties, in a meeting with the military council.

In order to achieve their demands, protesters have continued the now more than week-long demonstration outside the army headquarters in Khartoum despite attempts to disperse them. Sit-ins are taking place too in Port Sudan, North and South Kordofan.

The military council is yet to formally respond to those demands, which include the transfer of power to a civilian-headed transitional authority for a period of four years, at the end of which elections will be held. It has, however, made a number of moves in an apparent bid to appease the protesters, including the lifting of the nighttime curfew.

Previous Story
Al- Bashir Transferred to Khartoum Prison
Next Story
Uprising - We're On the Verge of History, Even As the World Looks Away

Uprising - We're On the Verge of History, Even As the World Looks Away

Army Says Al-Bashir in Prison, Protesters Sceptical
Tagged:
Copyright © 2019 Radio Dabanga. All rights reserved. Distributed by AllAfrica Global Media (allAfrica.com). To contact the copyright holder directly for corrections — or for permission to republish or make other authorized use of this material, click here.