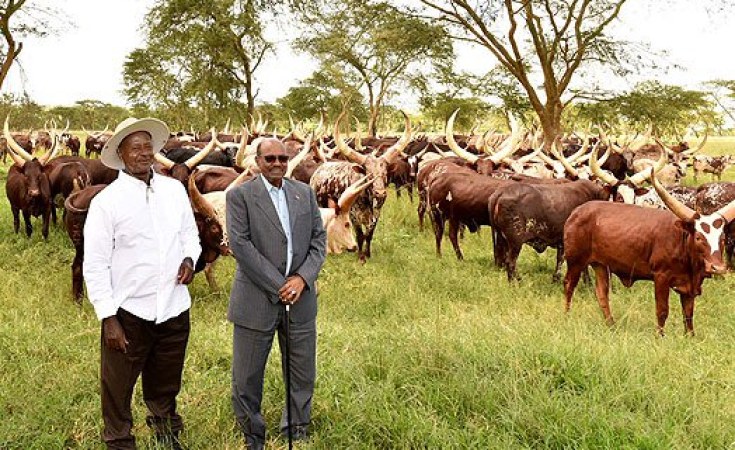 Sudan President Omar al-Bashir has been transferred to prison after a coup ended his three-decade rule. Uganda is considering granting asylum to the former leader.

After the dramatic end to his thirty-year rule last week, the former president is now in "Kober prison in Khartoum."

Witnesses have reported an increased military presence outside Kober prison.

Despite Bashir's removal, demonstrators have kept up their protests, fearful that the army could hijack their uprising and install another authoritarian leader in Bashir's place.

The country's interim leaders have made concessions, including firing prosecutor general Omer Ahmed Mohamed, but protests want guarantees of a transition to a transparent democracy.

An announcement from the military council that their interim leadership would last for two years was met with an immediate backlash from civilians.

Sudan's foreign minister has said that Burhan is "committed to having a complete civilian government," but the African Union has threatened to suspend Sudan from the bloc over the coup unless changes are made within 15 days.

With Bashir's future uncertain, Uganda said on Wednesday that it would consider granting the ex-leader asylum. Bashir is wanted by the International Criminal Court (ICC) over the deaths of 300,000 people during the insurgency in Darfur over a decade ago. Ugandan President Yoweri Museveni has repeatedly criticized the ICC, saying it unfairly targets Africans.

Will Justice Rise With Al-Bashir's Fall?

African Union Decries Arrest of Sudan's Al-Bashir
Tagged:
Copyright © 2019 Deutsche Welle. All rights reserved. Distributed by AllAfrica Global Media (allAfrica.com). To contact the copyright holder directly for corrections — or for permission to republish or make other authorized use of this material, click here.