Kenya: A Third Gender for the Country? 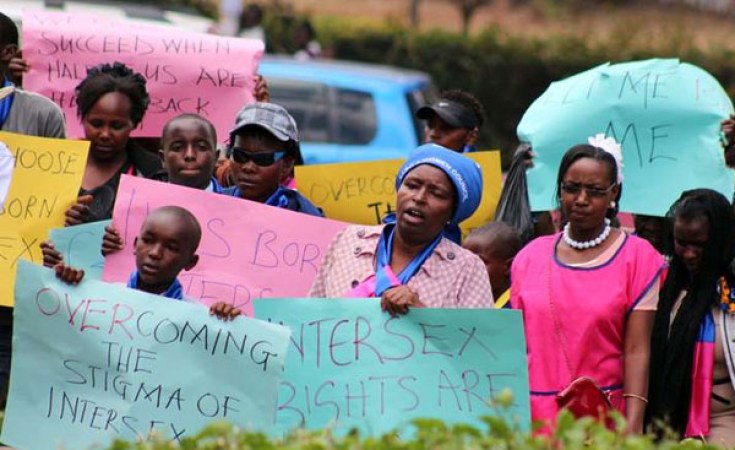 Imagine you have male and female sexual organs and have to go to desperate lengths to keep this secret at your all-girls boarding school. Intersex Kenyans hope an end to the discrimination and hate is on the horizon.

"But I used to wake up at 3 a.m. so that I could take a shower and prevent other girls seeing that my body was different to theirs."

The now 29-year-old intersex rights activist, who identifies as a man, was enrolled at the Kambala Girls High School, a boarding school in the town of Molo, under the name that was entered on his birth certificate. "I was born at home and my mother and the midwives couldn't tell whether I was male or female," says Karanja. They took him to a priest and then to hospital.

As an intersex person, he has faced a lifetime of stigma and discrimination in Kenya, he says. The condition is largely still regarded as unnatural and abnormal and those who are born intersex often have no access to health care or jobs. Schooling is often incomplete because of stigma and participation in sports is hard for those affected.

"It caused the breakup of my mother's marriage," he says. "My condition also caused a decline in her mental health," and Karanja was ultimately left in the care of his grandmother.

Unlike many intersex people in Kenya, Karanja did not undergo reconstructive surgery. The young activist, whose earlobes once held dainty earrings, says he appreciates not having being tied to one particular gender as a child. He decided on the gender that felt natural to him.

Although the name on his identity card is James Karanja, he is still in possession of a birth certificate bearing the name Mary Waithera. Karanja works for the Intersex Persons Society of Kenya (IPSK), located in Ngara, Nairobi.

Like Karanja, Ryan Muiruri was born intersex but was named and registered as Ruth Wangui. He says he escaped corrective surgery by a whisker. "My mum wanted to normalize, to take me for cosmetic surgery to normalize. The doctor who was to carry out the surgery knew that I was not a girl. They thought making a girl is much easier than making a boy," Muiruri says.

"A certain nurse advised my mum to raise me the way I am, the body itself would direct whether I'm male or female as I grew. And that's how I survived that surgery."

Muiruri had endured taunting over his condition in his a small home village in central Kenya, underwent hormone therapy and attempted suicide multiple times. He is a prominent advocate for intersex rights. He and Karanja agree that legal recognition is a challenge and culture an issue when it comes to intersex people in Kenya.

In 2014, the High Court of Kenya ordered the state to conduct a countrywide census of intersex people. The case had centered on 'Baby A' who was born with both male and female genitalia. The child's mother went to court to seek legal recognition and protection.

The High Court declared that every Kenyan has a human right to have identity documents that denote gender. The conventional markers are M for male and F for female. The government body that was subsequently set up to study the matter of people born with a combination of male and female biological characteristics in Kenya released its findings this week. The Taskforce on Policy, Legal, Institutional and Administrative Reforms regarding Intersex Persons in Kenya has recommended a halt to the practice of "corrective surgery" and the introduction of a third gender marker -- I for Intersex -- on official identity documents.

The taskforce wants to include the new gender identity in the forms that will be used to carry out the national census set for August 2019. It has documented 300 intersex people in Kenya but notes that the number could be higher. Chairman Mbae Njuguna outlined the significance of the taskforce's work. "One is to champion the change of the law so that in our official documentation it is possible to have a third sex. If there is ambiguity, we have the I marker, which stands for Intersex."

Lead consultant advocate John Chigiti, says the 2007 case of Richard Muasya (RM)and 'Baby A' have advanced the work of the taskforce and the cause of intersex people.

"Legislation-wise, we are actually moving well because if you look at these cases, the judges said that intersexuality is a part of sex, which is one of the prohibited grounds of discrimination," Chigiti says.

"After the RM judgement came legislation interestingly known as the Persons Deprived of Liberties Act. The beauty of this act is that it defines who an intersex person is." The experts that made up the taskforce have also suggested that literature on intersex should be included in prenatal counselling in future.

Intersex activists in Kenya say they want to be separate from the lesbian, gay, bisexual and transgender (LGBT) community as theirs is a congenital condition, not a sexual orientation. LGBT activists in Kenya have also been campaigning hard for recognition and the right to live free of discrimination and prosecution. The High Court is due to rule on whether to scrap laws that criminalize homosexual sex.

Intersex people are often confused with LGBT people but what they do have in common is the public ridicule and scorn they are subjected to. Often doctors and parents of children born intersex choose or encourage silence over the condition. In many cases the scalpel is a preferred first intervention.

In the capital Nairobi, residents seem divided over the recommendations of the taskforce on dealing with intersex people. "Me, I know of female and male. The rest, I don't know," businessman John Ngichu told DW. "The issue is that if God created males and females, why are human beings bringing the rest? These people are not normal people," he said.

Another city resident, Irene Kawira, said she supports the recommendations. "I think it is a good thing that Kenya is going to recognize intersex people as a third sex, so they can be protected under the law. It's a good thing because they didn't choose to be born that way." 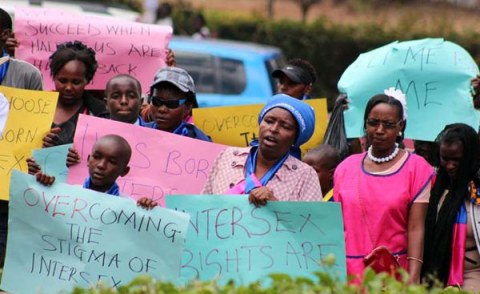 Is Kenya About to Recognise a Third Gender? 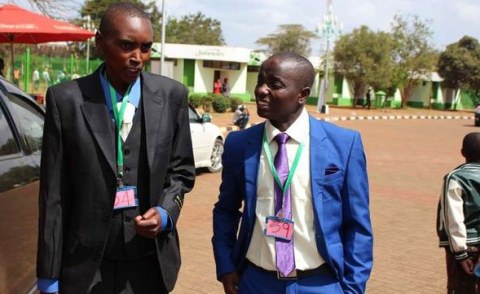 Intersex Kenyans Want State Recognition
Tagged:
Copyright © 2019 Deutsche Welle. All rights reserved. Distributed by AllAfrica Global Media (allAfrica.com). To contact the copyright holder directly for corrections — or for permission to republish or make other authorized use of this material, click here.