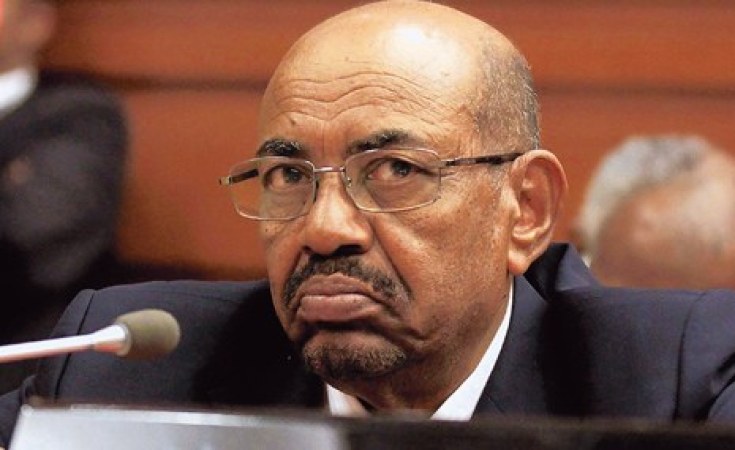 The Citizen
Omar-al-Bashir.
The Nation (Nairobi)
opinion By Charles Onyango-Obbo

Another African strongman is gone. After 30 years at the top, Sudan's Omar al-Bashir was finally ousted a week ago and arrested following months of protests.

This, to a large degree, was an uprising by women: just as it happened in Algeria, leading to autocratic Abdelaziz Bouteflika's fall barely two weeks earlier.

And, indeed, women played a key part in the Arab Spring of 2011, which led to the fall of Zine El Abidine Ben Ali in Tunisia and Hosni Mubarak in Egypt.

The case of Sudan's revolutionary anti-Bashir women was made juicier by the fact that the key closed Facebook that drove, never started with any political ambitions.

It was started by Sudanese women to catch their cheating husbands, and hound their mistresses.

It morphed into a political action platform, and given that it had developed underground, it grew teeth without Bashir's secret police catching up on it -- until it was too late.

Other African governments will have taken note, so you can expect that there will now be greater state interest in things like Kenya's famously controversial closed Facebook group "Kilimani Mums".

But there is more. Sudan or Algeria's women weren't the first up the African revolutionary road. We noted previously that in the anti-colonial struggle, subversive women were the secret weapons, whose heroism has been written out of history.

The Mama Mboga in Nigeria and Tanzania, to pick two cases, became important foot soldiers of the nationalist struggle because they were doubly marginalised -- by the colonial economy and patriarchy.

The result: Because they functioned in the informal economy, they were subject to less intimidation and pressure than the men, who could be sacked and lose free government housing and status.

But the colonialists -- and today's African dictators -- cannot stop women from selling vegetables on obscure roadsides or their backyards. In the colonial era, Mama Mboga contributions became a vital source of party funding.

The marginalisation of women and informalisation of their work is playing out the same way today.

You can deny a trading licence to an opposition man, and send tax authorities to harass his business out of existence. But how can you stop his wife from baking a birthday cake for the neighbour's child?

Secondly, the masculine state has got fairly good at confronting other male rivals in politics.

It often takes little more than going and outshouting and calling them names on a TV panel, and beating them down with propaganda in the media. And you buy the stubborn ones off.

Yet women's closed social media groups use idioms and speak a language that's alien to the male political species.

Besides, too many men still win arguments with women the old-fashioned way -- of power and violence. Most find it hard to muster a poetic tongue-in-cheek rebuttal.

The concentration of women in the Mama Mboga economy, however, makes ruling parties very vulnerable in unexpected ways, because of the way patronage works.

By the time the small ruling party official and politician in the ward gets his cut, he's left with shaking down hawkers, market women, and peasants carrying their sack of potatoes or leading their goat to the market.

In Uganda, a big source of corruption for low-level rural officials is something dubbed the "rope tax".

As soon as you throw a rope around your cow's or goat's neck and walk on the road, you could be considered to no longer be grazing your animal, but to have monetised it for the market, and a local official could collect a "rope tax".

When women stop selling mandazi and roasted peanuts in the market, and take to chanting anti-government slogans on the streets, so much trouble can follow.

Almost immediately, patriarchal society gets impaled on its sexist logic that men are supposed to provide in return for some level of obedience from women.

But if you can't provide bread, like Bashir failed to do, what is left of your source of authority?

Secondly, the informal economy network on which the grassroots structures of ruling parties and low-level security machinery parasites vanishes and with that goes the foundation of the regime.

Bashir's political demise taught us, once again, that you can survive a protest in the pampered sectors of the economy -- for example by airport workers or doctors.

However, it's hard to survive action by marginalised groups like market traders, or those whose voices never get heard in mainstream media, but thrive on WhatsApp and closed Facebook groups.

Our dictators will soon need new models of repression.

The author is the publisher of Africapedia.com and explainer Roguechiefs.com.

Sudan Authorities Seize Al-Bashir Cash Stash
Tagged:
Copyright © 2019 The Nation. All rights reserved. Distributed by AllAfrica Global Media (allAfrica.com). To contact the copyright holder directly for corrections — or for permission to republish or make other authorized use of this material, click here.