Zimbabwe: ED - Chamisa Rejected My Offer to Sit in Parliament 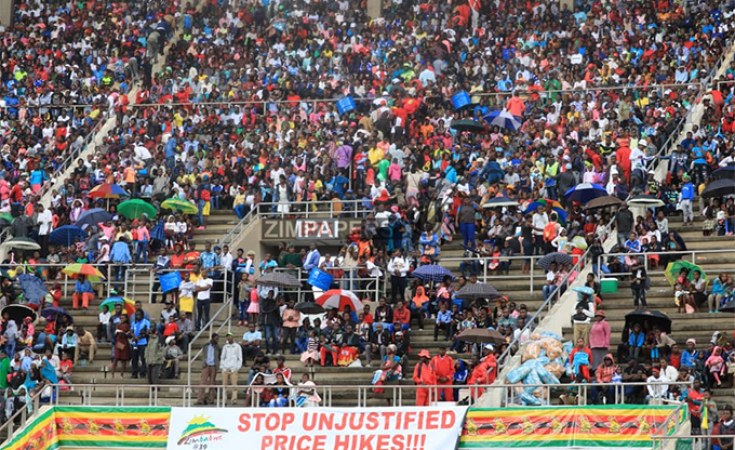 The Herald
Thousands of Zimbabweans have made way into National Sports Stadium for the country’s 39th Independence Celebrations.
New Zimbabwe (London)
By Robert Tapfumaneyi

OPPOSITION MDC leader, Nelson Chamisa would have been the first to benefit from a proposal to adopt the Commonwealth Parliamentary system that would have seen the creation of an office of the Leader of Opposition, President Emmerson Mnangagwa has said.

However, Chamisa according to Mnangagwa rejected the offer. The Zanu PF leader, was speaking in a televised interview with State broadcaster ZBC, on the eve of Zimbabwe's 39th independence anniversary, Wednesday night.

"We don't have it here in Zimbabwe (the Commonwealth Parliamentary system). This is why initially I had proposed that whoever is the leader of the opposition, whether he is in Parliament or outside, we should make such a provision, such that they are recognised as an official Leader of the

Opposition in Parliament and they are accorded that status," Mnangagwa said.

Mnangagwa said his offer was thrown back at him.

"But those (MDC leader Nelson Chamisa) who could have benefitted from that felt that they didn't want to be spooned fed, they must get things for themselves.

"I said very good, so if you do not want to be given recognition in Parliament and you want everything by yourself, it's okay," the President said somewhat wistfully.

Mnangagwa added that the offer was his way of recognising his rival's position in society given Chamisa's showing in last year's presidential elections. The 41 year-old opposition leader came a close second with 44.3 percent of the vote to Mnangagwa's 50.8 percent.

"Because the fact that you will become of the officially Leader of the Opposition, it's a recognition that you have some following, you have some share in the electoral system which is significant and in any case you should be recognised.

"But that was denied," said Mnangagwa.

Chamisa rejected the election outcome and argued it had been rigged in Mnangagwa's favour. An attempt to have the result overturned at the Constitutional Court, fell flat for lack of evidence to back the rigging claims. But the opposition leader maintains to this day that he won.

The MDC leader has again rejected calls for dialogue from Mnangagwa under a platform that includes all presidential candidates in last year's polls but instead has demanded a situation superintended by a "neutral arbiter."

Said Mnangagwa: "When I took office I said let bygone be bygones, I must leave by that principle.

"So my view is lets us differ on how to run government, how to build the bridge, how to build a school, how to craft an economic policy, how to run agriculture, lets differ but we should all remain

He said dialogue between people who do not agree "is a good thing its good therapy between contestants."

In rejecting Mnangagwa's offer, Chamisa argued he was the legitimate leader of the country instead and should be allowed to govern.

"They are saying they want me to go to Parliament and I said: 'Are you sick?' I was elected to go to State House and not Parliament. Hold forth because we are not easily convinced. I have no fear because I know you are solidly behind me," Chamisa said then.

Mnangagwa Rejects Links Between Cyclone Idai and His Rise to Power 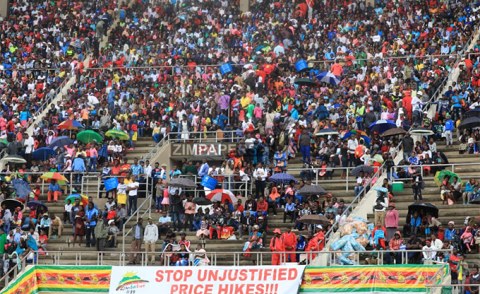 Panic as Bread Price in Zimbabwe Nearly Doubles
Tagged:
Copyright © 2019 New Zimbabwe. All rights reserved. Distributed by AllAfrica Global Media (allAfrica.com). To contact the copyright holder directly for corrections — or for permission to republish or make other authorized use of this material, click here.