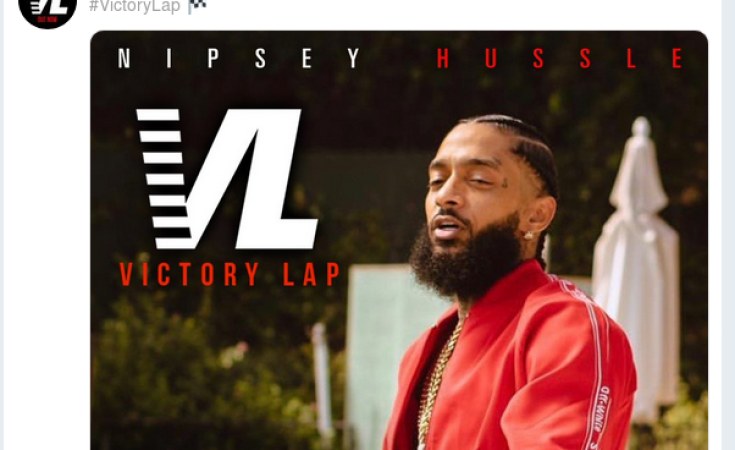 As the mighty people and nation of Zimbabwe are in the middle of celebrating their 39th year of independence and territorial integrity, the African Diaspora is being moved by the recent loss of one of Mother Africa's glorious sons Ermias Joseph Asghedom, better known as Nipsey Hussle.

What comes as no surprise is watching how the US-EU imperialist media apparatus has downplayed the Eritrean bloodline and heritage of Ermias.

Those familiar with Ermias' story are well aware that he attributed his genuine and organic transformation from a member of the Rollin 60s Neighbourhood Crips to a grassroots community organiser and social entrepreneur to the three months he spent in Eritrea when he was 19-years-old.

Because so many Diasporan-born Africans will never have the opportunity to set foot on our mother continent, if they are to embrace their African fighting spirit, they would have to take the approach of the Honourable Marcus Mosiah Garvey who never touched African soil, but is largely responsible for millions of Africans born in the Diaspora loving Mother Africa as much as we love our biological parents.

When we gain quality exposure to our true history and culture, we gain the same level of dignity and redemption, that Zimbabweans did when they knocked on the doors of 4 500 commercial farmers of British/Rhodesian ancestry for the purpose of informing them that the land their ancestors had stolen was being reclaimed by its rightful owners.

As this generation of African youth appear to be moved by the loss of Brother Ermias, the way the 90s generation made the hip hop icon and Hollywood actor Tupac Shakur, we urge to start by acknowledging his African name as opposed to referring him by his stage and entertainment moniker.

If the loss of Brother Ermias results in this generation connecting with the people of Eritrea, this would send even more shockwaves through the halls of the White House, or the US Senate and Congress than either the Watts rebellions in the 1960s or the Rodney King rebellions in the 1990s.

Because Tupac Shakur was a product of a faction of the Black Panther Party who went on to become part of the New Afrikan trinity, which is made up of the Provisional Government of the Republic of New Afrika, New Afrikan Peoples Organisation and the Malcolm X Grass Roots movement, it is of paramount importance to from now on connect Brother Ermias to the Eritrean Revolution.

The New Afrikan sector chose to put both ideological and methodological emphasis on US born Africans, needing to be granted control and ownership of five southern states Mississippi, Alabama, Louisiana, Georgia and Texas, which explains why Tupac felt so comfortable expressing that he did not have a desire to repatriate to Mother Africa and putting what he felt was a positive spin on the word nigger.

The people of Zimbabwe, Malawi, Namibia, Mozambique, Zambia, Tanzania, Burkina Faso and of course Ghana, which was the launching pad of Africa's cultural revolution, can all share the power of no longer having to utter the words Gold Coast, British Tanganyika, British Nyasaland, Portuguese East Africa, Southwest Africa, Northern and Southern Rhodesia and Upper Volta.

We are extremely thankful to his loving parents, who made sure Brother Ermias was not born with a name that represented the tradition of captivity and colonialism.

An additional nod and salute should go to the beautiful mother of Brother Ermias, Sister Angelique Smith, who could have raised hell pounded the pavement, and insisted that Brother Ermias not have an African name because he was born in Los Angeles further strengthening the self hating narrative that Africa is our past not our present or future.

Many of those in the community of Watts who claim Brother Ermias in the manner Harlem claim Adam Clayton Powell Jnr, who are devout Christians made a connection to Brother Ermias being murdered at the age of 33, which according to the Bible was the same age Jesus Christ was sacrificed.

It would come as no surprise that the Eritrean side of Brother Ermias' family reminds us that 33 percent of the guerrilla fighters in the Eritrean revolution were women, which remains the highest level of women's participation in an armed struggle in modern history.

Those activists in the hip hop world like Mysonne and Chi Ali must be informed that while Brother Ermias was without question a crusader in the fight against gun violence and the blue collar crime wave, he was undeniably a product of a people who waged Mother Africa's longest protracted armed struggle for national liberation.

There is even further proof of this when it comes to the evolution of Brother Ermias, which was on display when he was part of the We Are The World for Haiti musical project in 2010, which was a remake of the song written by Michael Jackson and Lionel Ritchie in the 1980s.

It was the revolutionary history of Eritrea that moved Brother Ermias, to stand up for Haiti who just like Zimbabwe, took up arms and changed the course of history for many years to come.

During the home going proceedings for Brother Ermias, one of closest affiliates in the hip hop community Snoop Dogg, spoke of their friendship which developed into mutual brotherhood.

It would be powerful to see Snoop Dogg take the youth in his football league to Eritrea in honour of his fallen brother.

Those who were involved with the efforts Brother Ermias to promote STEM awareness in the field of education, can in his honour develop ties to Eritrea through cultural exchange programmes.

One of the missing ingredients from the anti-gun violence movement in our community is the failure to strengthen ties with the African cultural and historical reclamation movement, which will change not only the actions of our youth, but more importantly their critical thinking.

This must be addressed, especially since US Imperialism is using STEM education to strengthen Homeland Security at all levels.

We see how the enemy keeps highlighting that the day after his demise, Brother Ermias was supposed to sit down with the Los Angeles Police Department, which is a strategic ritual for anti-gun violence organisers.

Because of his Eritrean background, Brother Ermias would have eventually saw the correlation between the treachery and barbarism of the LAPD and USEU imperialism obsession with policing the planet, especially Mother Africa.

This made Brother Ermias even more dangerous than former NFL quarterback Colin Kapernick who challenged police terrorism inside US borders, but opted not to target US Africa and Foreign Policy.

The declaration of peace between Eritrea and Ethiopia established last year, inspired Brother Ermias in the fight to end the genocidal rift between the Bloods and Crips in Los Angeles.

The mighty people of Eritrea mainly the generation of Brother Ermias go to see the shackle of imperialist sanctions lifted off of his beloved Eritrea, we pray, fight and put our lives on the line so Zimbabweans can share that same experience.