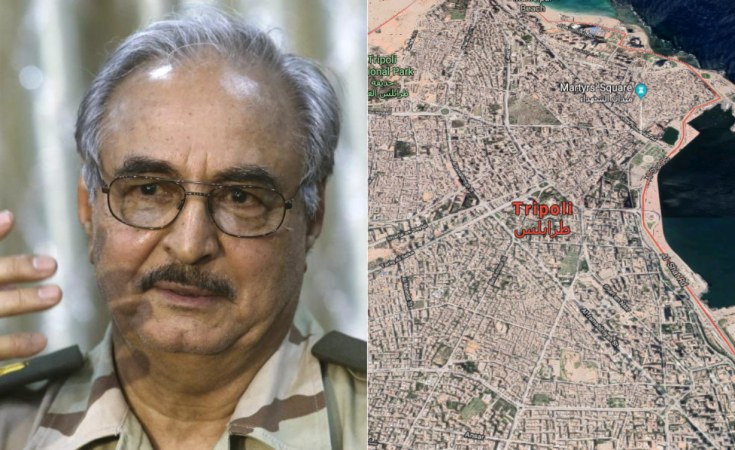 The UN's health says at least 213 people have now died in two weeks of fighting near the Libyan capital, Tripoli. The WHO has called on warring parties to avoid civilian deaths.

Clashes between rival militias fighting for control of the Libyan capital, Tripoli, has killed at least 213 people and wounded more than 1,000 others, the United Nations' health agency said on Friday.

In a tweet containing the updated death toll from more than two weeks of fighting, the World Health Organization also warned against attacks on civilians, health workers and health facilities, saying they were "not a target."

Fighting erupted in Libya after Khalifa Haftar, who commands the self-styled Libyan National Army, ordered his troops to launch an offensive on Tripoli to oust a UN-backed government on April 4.

Haftar, who supports a rival administration in the east of the country, has seized growing control of southwestern Libya in recent months. He has rejected calls to call off his offensive, which has raised fears of renewed civil conflict.

Libya has been in political turmoil since the ouster and killing of long-time dictator Moammar Ghadafi in a NATO-back uprising in 2011.

The country has at least two competing administrations, one based in the Tripoli, and the one allied with Haftar in the eastern city of Tobruk.

Previous Story
Who Will Help the 600,000 Migrants and Refugees in Libya?
Next Story
Germany Calls for UN Security Council Meeting

Who Will Help the 600,000 Migrants and Refugees in Libya?