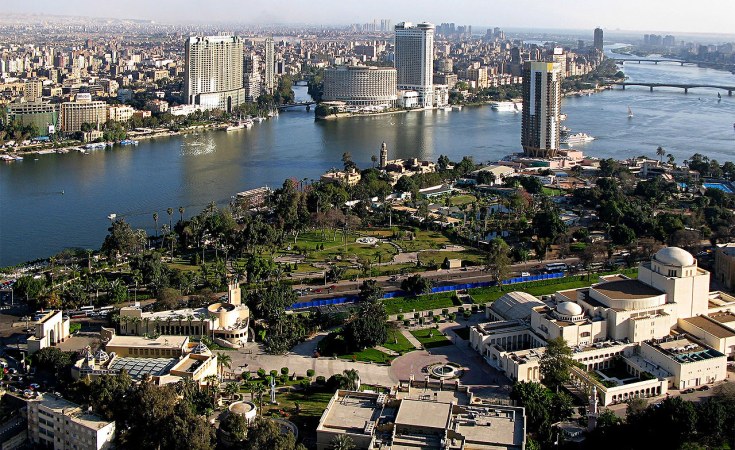 Cairo — "Unfortunately the overall nutritional panorama of Egypt does not look well," says Dr. Sara Diana Garduno Diaz, an expert concentrating on nutrition and biology at the American University of the Middle East. Diaz's research focuses on dietary patterns and ethnic-associated risk factors for metabolic syndrome.

"While traditionally a country known for its lavish and welcoming food patterns, the quality of eating has been compromised," she tells IPS.

Her findings are echoed by Oliver Petrovic, Chief of Health and Nutrition at the United Nations Children's Fund (UNICEF), Egypt: "Unhealthy foods such as sugary biscuits, candy, chips and cakes, make up one-third of the foods consumed daily by Egyptian infants."

Child consumption of sugary snack foods was associated with a 51 percent higher likelihood of being part of a 'stunted child and obese mother' household, Petrovic tells IPS. "Only about half of children under two consume iron rich foods," he adds.

In a country where one in five children are stunted or too short for their age, malnutrition accounts for 35 percent of the disease burden in children younger than five, warns the Food and Agriculture Organization of the United Nations (FAO).

The definition of stunting, according to UNICEF, "is a measure of chronic malnutrition; it reflects inadequate nutrition over a long period, or effects of recurrent or chronic illnesses."

A 2018 UNICEF report on Egypt explains maternal and child malnutrition are influenced by inadequate dietary intake and disease. The report further states that inadequate dietary intake refers to poor access to "a balanced diet among the poorest sections of society, as well as poor dietary habits, lifestyle and lack of nutritional awareness across the population, as opposed to issues of food availability."

It also notes that not being able to optimise breast feeding plays a role in this. In addition, poor sanitation and hygiene are also underlying causes of malnutrition.

"Traditional eating practices of the entire region relied heavily on seasonal and local foods, slow cooking methods, communal eating and avoidance of food waste but more recently habits such as rushing meals and preference for cheaper sources of energy are becoming the norm," Diaz points out.

Junk food is on the rise

And the negative consequences of this extends over time.

FAO estimates that between two and six percent of stunted children become stunted adults who are less productive than adults of normal stature. Increased morbidity and mortality; decreased cognitive, motor, language and socio-emotional development; and an increase in non-communicable diseases like diabetes and heart conditions are some of the short- and long-term effects of stunting.

"It is important to be aware of the crucial importance of a proper nutrition in the first years of life. They have a profound effect on a child's future. These years are a critical early window of opportunity to provide the nutrition, protection, bonding and stimulation that children need to reach their full potential," Petrovic tells IPS.

On the other hand, the undernourishment rate in the total Egyptian population between 2014 and 2016 was less than five percent according to the World Food Programme. Undernourishment, according to FAO, is "an estimate of the proportion of the population whose habitual food consumption is insufficient to provide the dietary energy levels that are required to maintain a normal active and healthy life."

The prevalence of five percent is the same as most industrialised countries, showing that the situation is not as critical as in sub-Saharan Africa. In Zambia, Zimbabwe and Malawi, for instance, one in every three people is undernourished.

But the problem lies not only with Egypt. All Arab countries face complex food challenges, as identified by the Food Sustainability Index (FSI), developed by the Economist Intelligence Unit with the Barilla Center for Food and Nutrition (BCFN).

Each country is ranked according to food loss and waste, sustainable agriculture and nutritional challenges. According to the FSI Whitepaper 2018, Egypt ranked 50th out of 67 countries analysed worldwide for malnourishment, making it one of four countries not from sub-Saharan African that were ranked in the bottom 20. The other three nations are Saudi Arabia, India and Indonesia.

Food loss and waste: the 'smartcard system' in Egypt

Egypt has specifically introduced a measure-a smartcard system-that has limited the problem nationally.

The programme, which impacts about 80 percent of the Egyptian population, establishes the maximum daily amount of subsidised bread that can be requested by each family member.

As a result, food waste has decreased considerably and other countries like Jordan are considering implementing this model to avoid waste on subsidised basic food items.

Egypt certainly lives in a situation of great vulnerability regarding nutritional challenges.

The aridity of the region places pressure on agriculture and the Nile alone is not enough to satisfy the needs of more than 90 million inhabitants. Much of the Nile water is used for agriculture and inefficient water management at local level can lead to scarcity of supply to entire communities. Moreover, climate change amplifies all these challenges.

The rise in prices of foodstuffs has also forced millions of Egyptians to adopt a less expensive but also less healthy lifestyle.

To reverse the current trends of malnutrition (high prevalence of stunting, increasing underweight and increasing overweight at the same time), requires careful consideration of the common causes and a complex, multisector approach to address the underlying causes.

"At the policy level, UNICEF and the World Bank have worked on better understanding of the problem," Petrovic tells IPS.

"They have supported the Egyptian Ministry of Health and Population (MoHP) in developing an investment case, with in-depth analysis of the situation and with the proposed and costed interventions needed to reduce stunting. UNICEF is also providing technical support to the Ministry of Health and Population in revising the Nutrition Strategy and developing the new and costed action plan for nutrition," he adds.

Overall, the picture of food security in Egypt appears positive and negative at the same time. The situation must be kept under control by authorities, farmers and all Egyptians themselves.

"In my opinion it is not a question to be addressed exclusively by policymakers," says Diaz.

"I believe the solution requires changes at an individual and community (home) level. These changes of course require support from policymakers, for example, through nutrition education programmes, micro-loans to boost local farmers and other local food production initiatives and infrastructure to improve food security.

"The policies may exist or be under developed but will remain useless unless they are accepted and implemented by the people."

Lifestyle Diseases Can Affect Children Too

'Why More Nigerians May Die of Diet-Related Diseases'

Chefs Look to Forgotten Ingredients to Spice Up Their Food
Tagged:
Copyright © 2019 Inter Press Service. All rights reserved. Distributed by AllAfrica Global Media (allAfrica.com). To contact the copyright holder directly for corrections — or for permission to republish or make other authorized use of this material, click here.