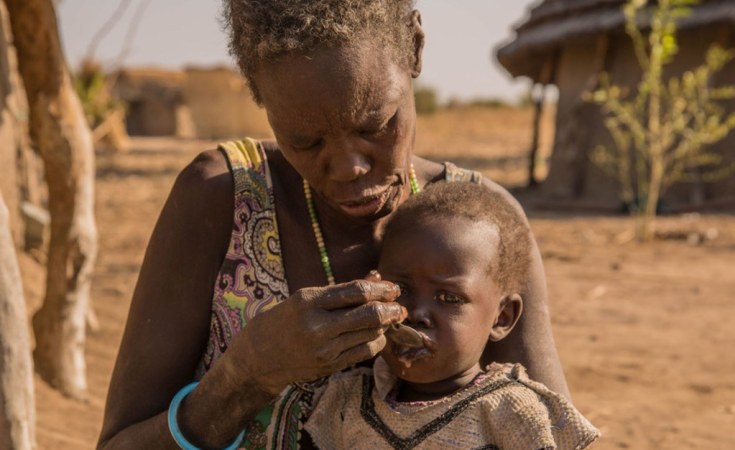 More than 750,000 South Sudanese children under age 5 are expected to face acute malnutrition this year, according to the International Rescue Committee.

She noted Unity state was particularly hard hit by fighting during South Sudan's five-year conflict and that many people were forced to flee their homes, leaving behind their plots of land where they would grow food for their families.

"South Sudan is on the brink of famine. It's truly a catastrophic humanitarian situation, and people are literally starving," Farrow told South Sudan in Focus.

Farrow said she met many people who described how difficult it was to find food.

"The encouraging thing was meeting these women who are volunteers and who are working within their communities to address some of the very common illnesses that children face," such as pneumonia and diarrhea, Farrow said.

"I saw them as heroes because they are absolutely committed to their communities. The children can be brought to them and they very ably, swiftly and effectively address these common problems," she said.

But Farrow said the volunteers are not allowed to treat the condition. The U.N.'s World Food Program and UNICEF took over that task years ago and treat children in clinics.

"Well, that sounds great, " Farrow told VOA, but many people live too far away from the help they need.

Farrow said that on her last trip to South Sudan, she witnessed something unforgettable: "A mother was sitting in the corner, holding her baby, a particularly beautiful baby who was panting, and she told us she had walked for five days to reach that clinic. And as I spoke to her, the baby died. The mother just — there was a howl that will remain with me to my last breath."

The IRC has come up with what Farrow calls "an effective, lifesaving method" of dealing with malnutrition that involves the use of peanut-based nutrients. She said that while training community volunteers for that job has not been implemented widely, "it has to happen."

If U.N. agencies adopt the IRC method, Farrow said, mothers no longer will have to walk for days in oppressive heat to have their children treated.

"These community health care workers, every single woman that I spoke to, expressed the fervent desire to treat malnutrition," said Farrow, adding that the current setup "doesn't make sense."

Farrow called it a "moral imperative" to bring the nutrients used to treat malnourished children to the communities, rather than have children brought to a clinic "that may or may not exist."

The IRC has run a pilot program using community health care workers to treat acute and moderate malnutrition in South Sudan this past year and has deemed the program "extremely successful."