Sudan: Protesters - 'Sit-Ins Across Sudan to Continue Until All Demands Met' 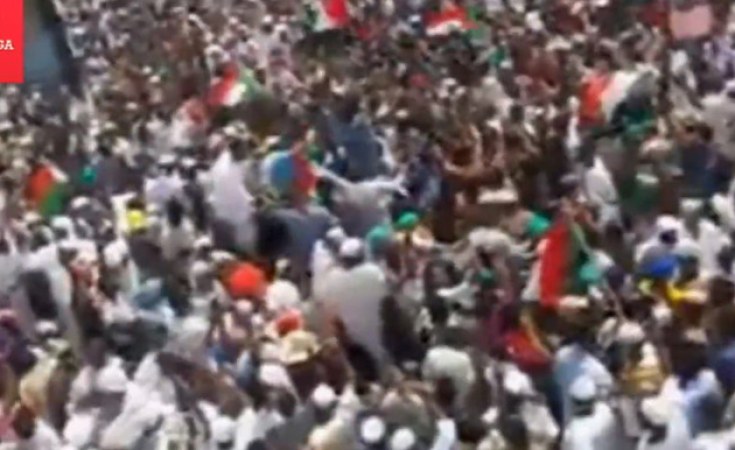 Khartoum / El Gedaref / Kordofan — The organisers of the protests in Sudan have stressed their commitment to continue the sit-ins across the country "until the revolution of the Sudanese people achieves full success".

The Sudanese Professionals Association in the state formed committees for inventory and dissolution of the former unions in the state with the union of the Corporation of Sea Ports at the top.

Last week, the forces of the Declaration of Freedom and Change, a broad coalition of opposition parties including the Sudanese Professionals Association, behind the Sudan Uprising, held a major political symposium in front of the 2nd Infantry regiment in El Gedaref in eastern Sudan, in which they affirmed the continuation of the sit-in until all the demands of the Sudanese people would be met, the trial of the ousted regime and its supporters, the return of the refugees and displaced people to their villages and solving the problem of land and its tenure.

In South Kordofan, protesters announced their commitment and support to the protesters in front of the General Command in Khartoum, army units in the states until the achievement of the objectives and demands of the protesters and the dismantling of the state of the Islamic Movement.

The forces of the Declaration of Freedom and Change in Babanusa in West Kordofan have formed an administrative council to run the town to fill the constitutional and administrative vacuum following the dissolution of local governments after the coup that deposed the Al Bashir regime.

The administrative council has set eight tasks to be carried out on the top of which is running the services and orienting people towards directives by the forces of Freedom and Change.

Sudan Authorities Seize Al-Bashir Cash Stash
Tagged:
Copyright © 2019 Radio Dabanga. All rights reserved. Distributed by AllAfrica Global Media (allAfrica.com). To contact the copyright holder directly for corrections — or for permission to republish or make other authorized use of this material, click here.