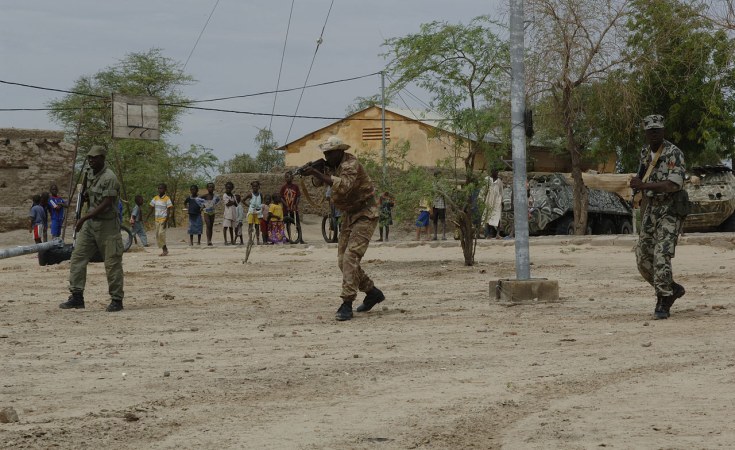 Government soldiers were said to have been taken by surprise, coming under heavy gunfire. The attack comes as the country's president searches for a new prime minister in the wake of a complete Cabinet resignation.

At least 10 Malian soldiers were killed on Sunday in an attack by suspected jihadists, according to a security source.

The attack took place at 5 a.m. local time (0500 UTC) at a military camp in Guire in the Nara Cercle region, roughly 500 kilometers (310 miles) north of Bamako.

"The terrorists came out of the forest. They were on motorcycles and pick-up trucks. They burnt vehicles and took away others," the source said.

The Mali armed forces confirmed the attack via Twitter, and said reinforcements had been dispatched.

The military "were taken by surprise" by heavy gunfire in the attack, said a local resident. "I saw two terrorists put their motorcycles in an army vehicle and drive off with it," he said.

A day earlier, a UN peacekeeper had been killed and four others wounded when a mine exploded as their convoy was passing through central Mali.

The attack comes in the wake of consultations by President Ibrahim Boubacar Keita to pick a new prime minister. Earlier this week, the country's former prime minister Soumeylou Boubeye Maiga and his entire cabinet resigned following the killing of 160 people in Ogossagou.

German Bundeswehr troops are stationed in the northeastern city of Gao as part of the United Nations' MINUSMA peacekeeping force. 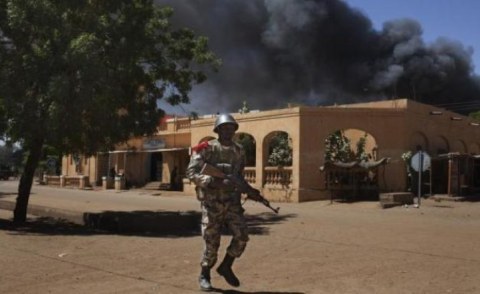 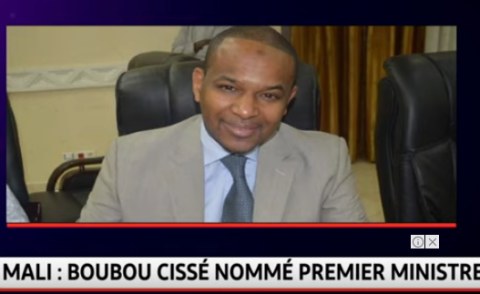 Malian President Names New Prime Minister
Tagged:
Copyright © 2019 Deutsche Welle. All rights reserved. Distributed by AllAfrica Global Media (allAfrica.com). To contact the copyright holder directly for corrections — or for permission to republish or make other authorized use of this material, click here.