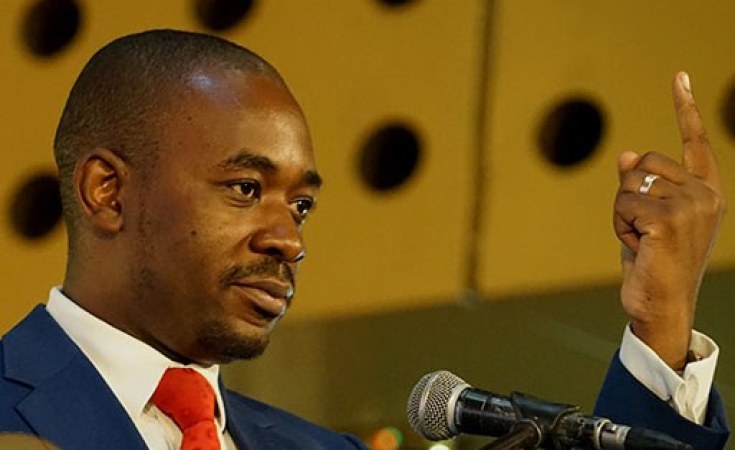 MDC leader Nelson Chamisa is two nominations away from clinching an uncontested presidency at the May 24 congress when the party meets to elect a new leadership, including a substantive replacement of its late president Morgan Tsvangirai.

Jettisoned into the presidency through a disputed national council resolution to complete the term of the late Tsvangirai and stand as the party presidential candidate in the 2018 general elections, Chamisa is looking to be handed his own term by congress.

Party spokesperson Jacob Mafume said Chamisa had received 11 out of 11 nominations so far concluded, with an expectation that South Africa and the United Kingdom provinces would have concluded their congresses in the next two days.

"The party has completed 11 provincial congresses, where delegates elected provincial leaders and submitted their nominations for standing committee positions.

President Chamisa has received 11 nominations so far. There have been massive nominations for vice-presidents and fierce contests in other positions," Mafume said.

Ten posts are up for grabs at the congress with Chamisa appearing to be the only person who looks safe going into congress as the party will not allow nominations from the floor.

Mafume said while congress could decide to accept nominations from the floor, it was highly unlikely and compelling reasons would be needed for such proposals to be accepted.

"Congress is the decision-making body and it can decide to accept nominations from the floor, but the rules dictate that delegates at congress should know the candidates in advance. There is no need to ambush delegates and therefore there should be compelling reasons for such a move," he said.

Party secretary-general Douglas Mwonzora is on the verge of losing the powerful position he holds and could revert to an ordinary card-carrying member after receiving only one nomination in a process he has described as unfair.

Mwonzora has since raised complaints with the Zimbabwe Congress of Trade Unions secretary-general Japhet Moyo, but says he has received no joy.

MDC hit back saying Mwonzora was being insincere and acting in bad faith because he was the one responsible for convening congress.

"Mwonzora is our secretary-general, and it is his office that sends out the notice of congress. He is given the powers to superintend over congress together with other leaders. Surely, he is aware that he set the rules of the game. In any event, if there were any genuine issues, he is aware as one of the leaders of the party, of channels and appropriate forums to raise his complaints," Mafume said.

Nelson Chamisa Not Legitimate MDC Leader - Zimbabwean High Court
Tagged:
Copyright © 2019 Zimbabwe Standard. All rights reserved. Distributed by AllAfrica Global Media (allAfrica.com). To contact the copyright holder directly for corrections — or for permission to republish or make other authorized use of this material, click here.

Who Is Really In Charge of DR Congo?
Petroleum