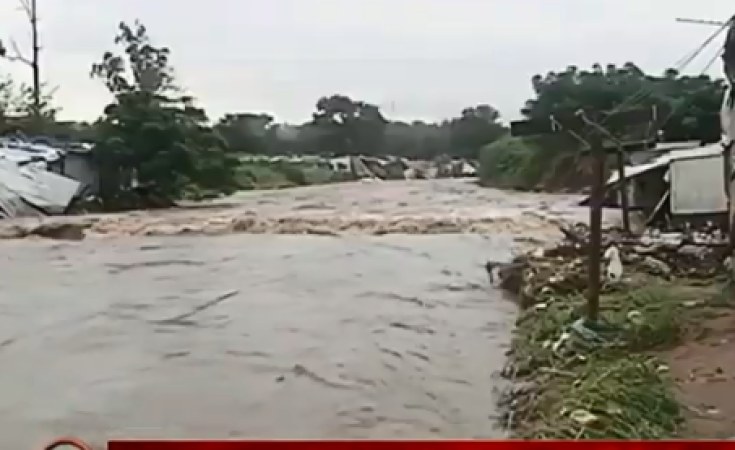 The South African Weather Service (SAWS) has issued a number of severe warnings for SA as a weather system dumps rain across the country.

Data from the SAWS showed heavy rain on the east coast of SA, affecting KwaZulu-Natal and the Eastern Cape.

There are strong indicators that rain will also affect the western Free State and the Northern Cape provinces.

"I have the satellite and radar imagery in front of me. It's going to rain any time from now," SAWS forecaster Mbavhi Maliage told News24 on Tuesday.

Areas along the east coast are subject to heavy rains.

"There are already active thunderstorms that are expected to produce heavy rain and flooding," said Maliage.

"The coast is our biggest concern right now. The coast is already flooded in that region," she added.

Durban has already received 165mm of rain over the past 24 hours, SAWS data revealed.

"We are expecting rainfall 30mm to 45mm of rainfall. That's quite a lot - that kind of rainfall throughout the day," Maliage said.

The South African National Defence Force has committed to assist those affected by flooding.

"Following heavy rains and flooding that has affected a large number of residents in and around Port St Johns, the Minister of Defence and Military Veterans Ms NN Mapisa-Nqakula has instructed the South African National Defence Force (SANDF) to intervene to help rescue and evacuate those affected by this natural disaster," the SANDF said in a statement.

"An SANDF rescue team has been dispatched to the affected areas where they will be working with other disaster teams to help those affected by the floods.

"Furthermore, the people will be moved to higher ground and be placed in safe areas and shelters, as identified by the disaster management team, set up to deal with the challenge," the statement added.

While the rain may be welcome in the dry Northern Cape province, flooding is expected because of the weather system.

Kathu received 20mm of rain and Kuruman received 10mm over the past 24 hours, according to SAWS data.

"That band of rainfall is going to move to the south east," said Maliage.

"Places like Gauteng will only get 30% of the system and places in Limpopo and Mpumalanga won't be affected."

The weather system is not as devastating as Tropical Cyclone Idai which killed hundreds in Mozambique and weather forecasters don't generally name these cut-off low systems, said Maliage.

"It doesn't have a name; it's called a cut-off low. These systems are common in April over the country."

By Thursday, the weather should clear as the system makes its way out of SA.

"The main low is over the Northern Cape and it's going to move over the Eastern Cape and out of the country," Maliage said.

"As it exits the country, it's going to drag the weather with it." 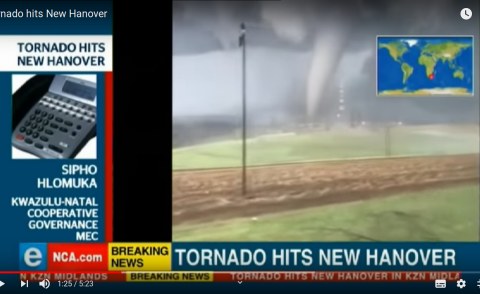