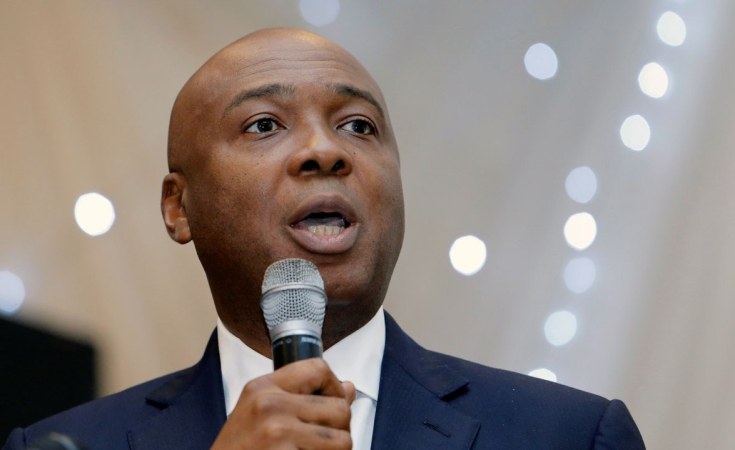 Nigerian Senate President Bukola Saraki on Monday reacted to the varied allegations made by the national leader of the ruling All Progressives Congress Ahmed Tinubu concerning his senate presidency tenure.

In a statement by the media aide of the APC leader on Sunday, Tinubu accused the Saraki-led senate of been corrupt and "stymied" to the President Muhammadu Buhari and his "legislative initiatives".

In his reaction statement, which came about a day after, Saraki made some explosive claims about Tinubu:

Tinubu is a "Machiavellian politician"

The Senate president described the former Lagos State governor as a politician willing to use what means necessary to cling on to power insofar those means favour him, labelling the APC chief and his 'cabal' "power mongers and dirty schemers."

"Machiavellian politician like Tinubu will forever agonize over his erroneous belief that Dr. Saraki frustrated his ambition from becoming running mate to President Muhammadu Buhari through a Muslim-Muslim ticket in 2015," Saraki said.

Tinubu is "ignorant" of how legislative functions are carried out

"It is unfortunate that a man like Tinubu who had been in the Senate (though for 22 months and under a military regime) should have a better understanding of how the legislature works," the Senate president said in the statement.

While Tinubu blamed all the flaws of the budget delay and padding on Saraki and Dogara, Saraki revealed that the "passage of budgets is definitely not the exclusive responsibility of the leadership of the Senate."

He said various committees "headed by Senators representing different parties" do most of the works.

Saraki in his statement said Tinubu has always been attacking him on a quarterly basis with a "concocted narrative about the Eighth National Assembly and its leadership."

"Tinubu's attack on Saraki every three months (Quarterly) will come as expected," he said.

Tinubu and Saraki have been in war of words since 2014 when he joined the APC and allegedly opposed Tinubu from becoming the vice presidential candidate of the APC, wielding the religious red card of a probable Nigerian resentment of a Muslim-Muslim ticket. Saraki, however, denied preventing Tinubu from becoming Buhari's running mate.

Tinubu reportedly tried to prevent Saraki from becoming the Senate president in 2015 but failed.

Tinubu, and the APC leadership raged and kicked as Saraki savoured his victory.

"Tinubu should know that if there was any mistake made on June 9, 2015, it was the miscalculation by himself and his small cabal in the APC," Saraki said in his statement.

Tinubu alleged that Saraki and Dogara delayed, distorted, padded and introduced new projects introduced into annual budgets in order "to halt [the] progress of government"

Saraki, however, said the claims "can only be mischief, or at best, playing to the gallery."

"Tinubu should be graceful enough to substantiate this allegation. We consider that allegation careless, irresponsible and callous, Saraki said.

"We, therefore, demand that he should withdraw it," he added.

Nigeria's Presidency Is Not a Part-Time Job - Saraki
Tagged:
Copyright © 2019 The Guardian. All rights reserved. Distributed by AllAfrica Global Media (allAfrica.com). To contact the copyright holder directly for corrections — or for permission to republish or make other authorized use of this material, click here.