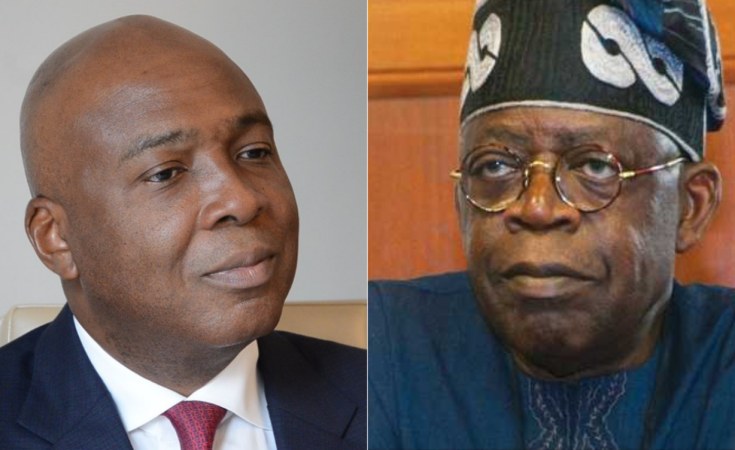 The Speaker of the House of Representatives, Mr. Yakubu Dogara, yesterday decried how an alleged quest by the National Leader of the ruling All Progressives Congress (APC) for the control of the levers of power in the country made him to misunderstand the role of the National Assembly.

Dogara reiterated that the National Assembly is not a rubber stamp parliament and reserves the right, working cooperatively with the executive, to interrogate projects unilaterally inserted into the budget by the executive arm of government.

He maintained that the legislature could not be accused of padding a budget it has unquestionable constitutional power to review.

Dogara was reacting to news reports in which Tinubu accused him and the Senate President, Dr. Bukola Saraki, of spearheading budget padding and delay. Earlier on Monday, Saraki challenged Tinubu to substantiate his claims on budget padding. Saraki said:" In all the three budgets passed by the National Assembly, we challenge Tinubu to make specific reference to where Saraki and the leadership of the National Assembly 'sought to pad pet projects.' "

In his reaction yesterday, Dogara said : "It is only the ignorant with dubious academic certificates that will say the maker of a document has padded the document that only he can constitutionally make."

In a statement by his Special Adviser on Media and Public Affairs, Mr. Turaki Hassan, Dogara, like Saraki, challenged Tinubu to substantiate his claims, adding that the House could not be blamed for the recurring problems associated with the passage of the budget since the start of the Eighth National Assembly.

The Speaker buttressed his argument with the words of Hon. Justice Gabriel Kolawole of the Federal High Court, in suit No. FHC/ABJ/CS/259/2014 delivered on March 9, 2016, in which the judge said that "the National Assembly was not created by drafters of the Constitution and imbued with the powers to receive 'budget estimates' which the first defendant is constitutionally empowered to prepare and lay before it, as a rubber stamp parliament.

"The whole essence of the budget estimates being required to be laid before parliament is to enable it, being the assembly of the representatives of the people, to debate the said budget proposals and to make its own well informed legislative inputs into it."

The statement further read: "We do not expect Tinubu to dwell on brazen mendacity, much less murder facts and decorum in his rabid bid to justify his patently clear fascist agenda of controlling all levers of power in Nigeria. Tinubu's nocturnal agenda has no parallel in the history of any democracy and it is more loathsome when he throws caution to the winds and maligns government officials who are doing a yeoman's job of stabilising the government of President Muhammadu Buhari, even in spite of political differences.

"It is on record that the Speaker has done more to stabilize this government than Tinubu and his ilk whose stock in trade is scheming, manipulation and subversion especially when they feel they cannot be caught. When the history of Buhari's administration is written by those who know the truth of what really transpired in the last four years, Tinubu's pretentious loyalty to President Buhari will then be exposed.

"We won't say more, but no matter how long it may last, the truth will one day overtake lies. Perhaps, Tinubu is still bitter about the leadership contest for speakership of the 8th Assembly, even though the actors have moved on culminating in Speaker Dogara magnanimously facilitating the appointment of his opponent in the race and Tinubu's protege as House Majority leader."

Dogara identified the chief cause of delay in enacting the budget as the alleged persistent refusal or neglect of the executive to present it in good time.

"As if the late or delayed submission of budget estimates wasn't enough, in most cases, ministers and heads of agencies contributed to the so-called delay by consistently refusing to appear before National Assembly standing committees to defend their budget proposals in line with the provision of the law. At some point, the leadership of the National Assembly had to take up the issue with the President who advised his ministers to honour legislative invitations to defend their budgets."

Dogara said what Nigerians did not know was that the executive, through the various ministries, had continued to propose additional projects to be included in the 2018 budget even as at April and May of 2018 which further delayed the passage.

"These were communicated officially and if anyone is in doubt, we will exhibit the letters with the dates they were written and received."

He said as part of efforts to ensure quick passage of the budget, the National Assembly inserted a clause in the Appropriation Bill consistent with S.318 of the Constitution which allowed the budget to last for 12 months after the president's assent. According to him, this enabled the executive to spend more of the capital component of the budget as it still had 12 months protected by law.

"As an activist legislature, the National Assembly effected an amendment to S. 81(1) of the Constitution to compel Mr. President to present the budget estimates not later than 90 days to the end of a financial year in order to solve this problem but unfortunately, Mr. President declined assent to the bill which was passed by both the National Assembly and over 2/3rds of the state assemblies.

"The National Assembly made a further attempt to make the budget process much better by improving the institutional capacity of the parliament to process and pass national budgets by passing the National Assembly Budget and Research Office (NABRO) Establishment Bill into law. It was loosely modelled after the American Congressional Budget Office (CBO). Again, Mr. President declined assent to the Bill.

"The parliamentarians are representatives of the Nigerian people and you don't expect them to rubber stamp budgets that are heavily skewed and lopsided against most sections of the country. It is their responsibility to ensure equitable and even distribution of capital projects across all the nooks and crannies of the country, if the executive fails to do so. In any case, it is false to state that legislative intervention in the budget process is to benefit the legislators and not their constituencies. We challenge Tinubu to prove otherwise.

"He should also show in what way the 8th Assembly acted differently from other assemblies of the past to warrant the kind of language used. In any case, all the aspirants to the Senate presidency and speakership he is sponsoring are majority leaders in the 8th Assembly and took part in the budget process that he made the chief basis of his crude attack. This proves beyond doubt the hypocrisy of Tinubu's stated reasons for supporting his candidates."

Dogara declared that the 8th National Assembly is on record to have supported the president's requests on critical issues of governance.

"We backed him by resolution on the issue of fuel subsidy, we backed him on the national minimum wage, even though we were more sympathetic to workers' rights. In security matters, we never cut any proposal from Mr. President save our refusal to rubber stamp a clear constitutional overreach of spending $1 billion in arms purchase without appropriation.

"We have passed more bills than any assembly before us, including bills that are helping the government improve the ease of doing business in Nigeria, and there were times we passed bills within two legislative days. Is Tinubu genuinely ignorant of all these?

"We challenge Tinubu to list out the bills he claimed were not passed by the National Assembly. The oil and gas or petroleum sector is the most important and critical sector of our economy which accounts for over 70 percent of our earnings, the executive didn't forward a single bill to the National Assembly to reform and reposition the sector in the last four years even when repeatedly urged to do so by Mr Speaker in his first year in office."

When contacted for reaction yesterday, Tinubu's spokesman, Mr. Tunde Rahman said: "We are looking at Dogara's comment and if there is the need to make any comment, we will get it across to The Guardian."

One of the founding members of APC, Prince Tony Momoh was not perturbed by the Tinubu, Saraki and Dogara's altercation, saying, freedom of speech was part of the ingredients that make democracy to be interesting.

"I don't know why we are getting unnecessarily worried as if the parties involved don't have freedom of expression. If any of them feels hurt the person can go to court. This is expected in democracy."

Previous Story
'Machiavellian, Ignorant' - Four Things Saraki Said About Tinubu in His Statement
Next Story
No One Can Impose Leaders On National Assembly, Saraki Tells Tinubu

No One Can Impose Leaders On National Assembly, Saraki Tells Tinubu

Nigeria's Presidency Is Not a Part-Time Job - Saraki
Tagged:
Copyright © 2019 The Guardian. All rights reserved. Distributed by AllAfrica Global Media (allAfrica.com). To contact the copyright holder directly for corrections — or for permission to republish or make other authorized use of this material, click here.