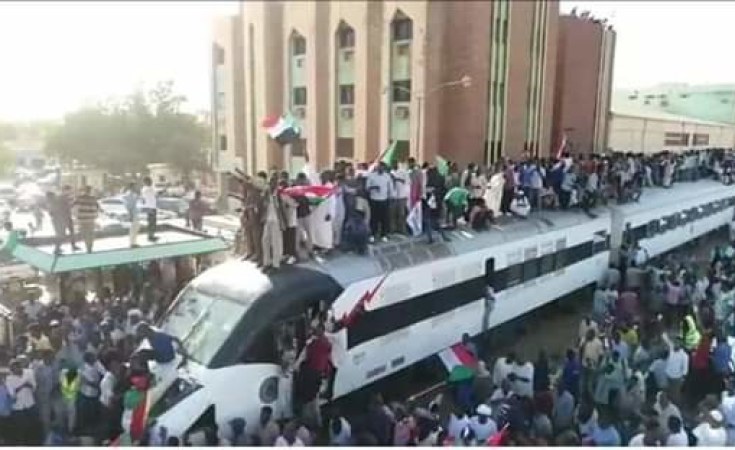 Khartoum — The US Deputy Assistant Secretary for East Africa and The Sudans, Makila James, held meetings with Lt Gen Abdelfattah Al Burhan and representatives of Sudan's Transitional Military Council (TMC) at the Republican Palace in Khartoum on Tuesday. She later met with representatives of the Sudanese opposition.

The meeting between James and Al Burhan was reported by the official Sudan News Agency (SUNA), which says that James described the meeting as exceedingly constructive, referring to willingness of the USA to continue dialogue with the Transitional Military Council during the coming period and to support the Sudanese peoples' choices.

In a statement after the meeting via social media, the US Embassy in Khartoum confirmed that DAS Makila James, met with representatives of the TMC on Tuesday.

DAS James commended the TMC on "their decision to heed the people of Sudan's legitimate demand for a civilian led, inclusive and representative government that respects human rights".

She also encouraged the TMC to continue to negotiate with the political opposition and protest leaders and to form a civilian-led transitional government.

James noted the Sudanese people's resiliency and commitment to non-violence and stressed that as events unfold, the USA will continue to encourage the TMC to exercise restraint and prioritize civilian participation in the transition that follows the will of the people of Sudan.

Later on Tuesday, the US Embassy in Khartoum confirms that James "continued her engagement on Sudan's transition" meeting with leaders of the Sudanese Professionals Association, the spearhead behind the Sudan uprising that has swept the country since December 2019.

In the meeting, she commended them for their organisation, resiliency, and commitment to non-violence as they helped give Sudanese a voice to legitimate demands for inclusive and representative government that respects human rights. She underlined the US priority to see a civilian led transition to a peaceful and democratic Sudan and encouraged them to engage with the TMC to make this a reality, the US Embassy statement says.

Last week, the US Department of State called on Sudan's Transitional Military Council to show restraint, avoid conflict, and remain committed to the protection of the Sudanese people. It also added its voice to the growing international call for a speedy transition to civilian government.

In a statement via a spokesman, the USA says it "supports a transition to a peaceful and democratic Sudan led by civilians who represent the diversity of Sudanese society. The will of the Sudanese people is clear: it is time to move toward a transitional government that is inclusive and respectful of human rights and the rule of law."

The Situation Regarding the Dialogue With the Transitional Military Council

Sudan's Military and Opposition Agree on Joint Council
Tagged:
Copyright © 2019 Radio Dabanga. All rights reserved. Distributed by AllAfrica Global Media (allAfrica.com). To contact the copyright holder directly for corrections — or for permission to republish or make other authorized use of this material, click here.