Southern Africa: Another Strong Tropical Storm Heads for Mozambique... and It Could Be Devastating 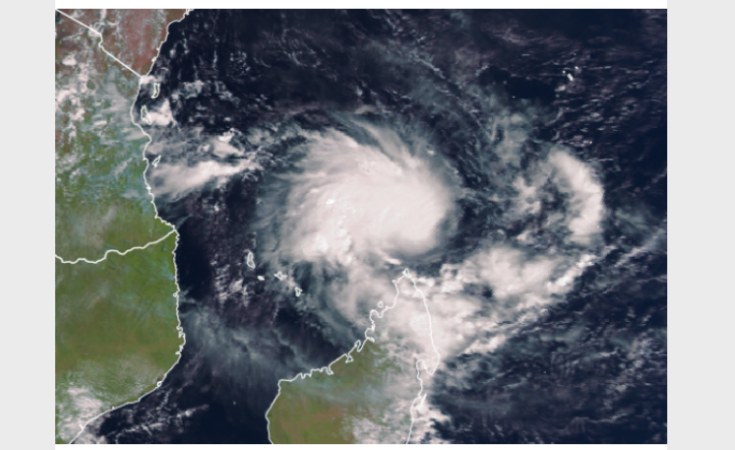 Another strong tropical cyclone is heading for the south-east coast of Africa and it is expected to make landfall on Thursday.

According to the UN's World Meteorological Organisation (WMO), a cyclone dubbed Severe Tropical Storm Kenneth, is making its way west and is expected to hit near Mienguleia in the Cabo Delgado province.

Rainfall from the storm system is difficult to estimate and Maliage said Kenneth would likely become stronger.

"They are expecting it to be a tropical cyclone overnight into tomorrow morning."

Another weaker system, Lorna, is building to the east of Madagascar, but it is rated as a tropical depression.

Cyclones are graded according to wind speed.

On one end of the scale, a tropical depression is rated with a wind speed between 51km/h to 63km/h, and a very intense tropical cyclone has a wind speed of more than 213km/h.

News24 reported that 51 people are confirmed to have died as a result of the storm.

Mozambique is still recovering from the devastation caused by Tropical Cyclone Idai, which hit in March with winds of 200km/h.

At least 600 people died as a result of Idai in Mozambique, bringing the total to more than 1 000 in southern Africa.

Kenneth is the latest in a range of storms in the 2018/2019 season that included Idai, Dineo, Desmond and Eketsang.

Cyclones are typical for Mozambique at this time of year, but there are concerns that the weather patterns have been increasing in intensity.

According to the Mozambique National Institute for Disaster Management, the National Operational Emergency Centre (CENOE) is prepared for extreme weather events and, in 2017, the CENOE demonstrated the use of drones to allow teams to assess the impact and scale of natural disasters.

According to the Mozambican Master Plan for Disaster Risk Reduction 2017-2030, the Mozambique National Institute for Disaster Management argues that over the past 20 years, the country has experienced increasing intensity and frequency of extreme weather events.

Maliage would not speculate as to the reasons for the intensity of storms in the region, but said that two major storms were unusual.

"It's not impossible, but it's not a common occurrence for two tropical cyclones to hit so close together in one season."

Comoros Shuts Down as Cyclone Kenneth Makes Its Way to Mozambique
Tagged:
Copyright © 2019 News24Wire. All rights reserved. Distributed by AllAfrica Global Media (allAfrica.com). To contact the copyright holder directly for corrections — or for permission to republish or make other authorized use of this material, click here.