Not too long ago the idea of indulging in the recreational use of cannabis was seen as a taboo characteristic flaw. Legalization in 46 American states, South Africa, Netherlands, Canada, Spain, Peru and Uruguay; and just like that, the narrative has changed.

From alleviating muscle pain to depression and reducing general stress, one of the biggest industries thus far to hop on board the doobie drive has been the beauty industry. Soaps, moisturizers, even mascaras containing cannabis oil, are being passed around faster then your average joint. The most popular being 'CBD' (cannabidiol) oil. The CBD market alone is projected to hit $2.1 billion by 2020.

Don't expect to get stoned though as these products typically contain minuscule amounts of tetrahydrocannabinol, or THC, the part of the cannabis plant with psychoactive effects. Still, while a CBD-laced lip balm won't get you baked,

According to scientists the molecular structure includes a high concentration of vitamins A, B, D and E and is rich in antioxidants. By action on the endocannabinoid system of the skin, many studies shows that CBD can be useful for acne, psoriasis, dermatitis or dry skin. It comes in a variety of forms and is usually derived from the hemp plant (hemp and marijuana are the two primary species of cannabis), extracted from the seeds and stems, and is legal globally because it contains only minute amounts of THC.

Would you purchase cannabis infused products?

Dabbling in Weed Could Be Good for Democracy 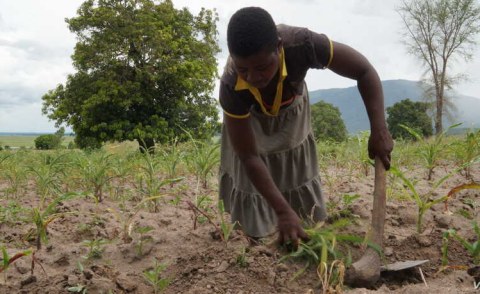 Namibia Split Over Legalisation of Marijuana
Tagged:
Copyright © 2019 Capital FM. All rights reserved. Distributed by AllAfrica Global Media (allAfrica.com). To contact the copyright holder directly for corrections — or for permission to republish or make other authorized use of this material, click here.