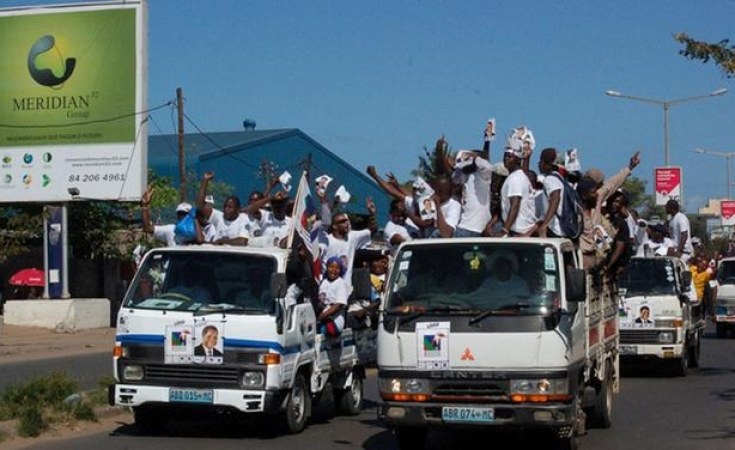 At a Maputo press conference, the Renamo election agent, Andre Majibire, claimed that the problems facing the current voter registration ahead of the general elections scheduled for 15 October showed the "incompetence and negligence" of STAE.

While there are certainly problems with registration brigades unable to work because they have no electricity to power their machines, Maibire claimed there was also deliberate interference in the registration by neighbourhood secretaries and community leaders, aligned with the ruling Frelimo Party, in Niassa, Cabo Delgado, Nampula, Zambezia, Tete and Sofala provinces.

He claimed that these local officials "draw up lists on the basis of which people should be registered, and when these lists are exhausted, the brigade members turn off the machines and allege they have broken down, thus obliging people to go home without registering".

Contacted by AIM, STAE spokesperson Claudio Langa said this was the first he had heard of such complaints. Why, he wondered, had Renamo not made these concerns known to STAE or to the National Elections Commission (CNE) via its monitors?

Renamo, Frelimo and the Mozambique Democratic Movement (MDM) all have monitors accredited to watch the voter registration posts, and if they note any anomaly or illegality they should report it at once. Furthermore, all three political parties have appointees in STAE at district, provincial and national levels. But Langa said the Renamo monitors have not reported any of the claims made by Majibire about neighbourhood secretaries or community leaders.

The only role for such local leaders in registration, he added, was to act as witnesses in the case of potential voters who have no identity documents. Lack of identity documents is a particular problem in the central problems where many people lost all their possessions in cyclone Idai and the ensuing floods in mid-March. In such cases, people wishing to register as voters may call on local leaders to vouch for their identity.

But the leaders may not stand in for the registration brigades and may not submit lists of people to be registered, said Langa. If anything of the sort is detected, it should be reported to STAE.

Majibire also claimed there are registration posts operating in the back yards of community leaders, allegedly on the instructions of Frelimo committees, and intended to prevent Renamo members and sympathisers from registering.

Langa flatly denied this claim. Registration brigades are only working at the posts included on the list published by the CNE, he said.

As for the technical problems with the brigades' equipment and particularly with the power supply, Langa admitted that stoppages were happening, but most of them were temporary. He estimated that between 80 and 85 per cent of the brigades are operating without great constraints.

Solar panels are being distributed to cope with the electricity problems, and distribution should be complete by the end of the week.

Langa thought the results of the registration so far are encouraging. In the first week of registration (15-21 April), 941,601 voters registered, over 12.5 per cent of the target figure of 7.3 million.

The registration covers all Mozambicans aged 18 years and above, except those who already registered last year for the October 2018 municipal elections. Over 6.8 million people registered in 2018, in the districts containing municipalities, so the new registration should bring the total electorate to around 14.1 million.

Voter Registration Still Has Not Started in Many Places