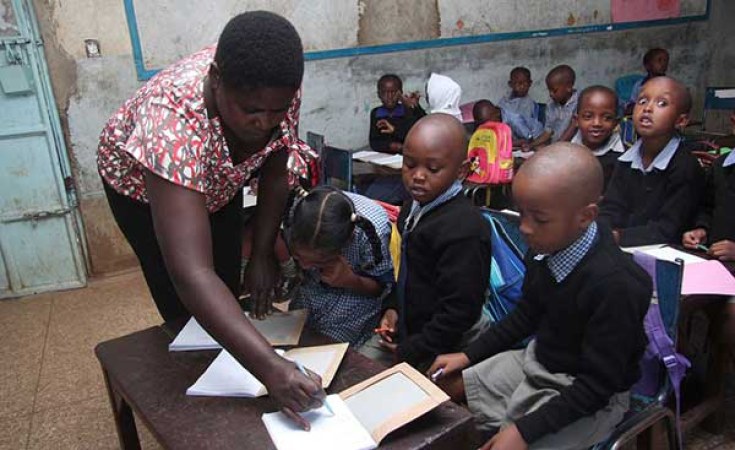 Police have assured safety of the 91,000 teachers being trained on the new curriculum, following several attacks by some union leaders.

In a statement on Tuesday, Inspector-General Hillary Mutyambai cautioned individuals against interfering with the exercise, saying police will not hesitate to take stern measures against them.

"Instructions have been given to our county and sub-county commanders, under the supervision of regional commanders, to ensure the training continues uninterrupted," he said.

"We shall not allow anyone to unlawfully sabotage legitimate activities of the government ... those culpable will be apprehended and dealt with according to the law."

In a statement signed by Antony Munga, the IG appealed to those opposed to the training to follow proper procedures in airing their grievances instead of taking matters into their own hands.

The training started on Tuesday and will end on Friday.

Already, officials of the Kenya National Union of Teachers (Knut) have been arrested in Kakamega and Kibwezi while those in Bungoma and Vihiga are at large.

Police said they stopped the training from taking place in their regions.

But Knut Secretary-General Wilson Sossion said the government cannot use police to intimidate teachers into agreeing to the training.

"We reject any attempts by the government to use force to have teachers in class," said Mr Sossion.

Meanwhile, the Teachers Service Commission (TSC), has thanked teachers who reported for the training.

"Reports indicate teachers have turned out in large numbers in each of the 1,191 zones in the country," Chief Executive Officer Nancy Macharia said on Tuesday.

Ms Macharia said this is one of many robust training programmes the TSC plans to mount to ensure all teachers are adequately prepared to successfully steer implementation of the Competency-Based Curriculum (CBC).

"This week alone, we will train 91,320 teachers to handle Grades 1-3 and Grade 4. The CBC was in January implemented up to Grade 3. It will be implemented for Grade 4 learners in 2020, so we have moved fast in preparing," Ms Macharia.

The training this week will involve headmasters and teachers in early-year education, Grade 4 and private schools.

While giving a report on plans for the CBC, Ms Macharia further said it will not be "switch-on-switch-off affair".

She noted that the new curriculum's effectiveness requires continuous professional development of teachers, considering pressure for access to quality education in knowledge-based societies and economies in the 21st Century.

She reported that in the last two weeks, the TSC facilitated the training of 181 master trainers who in turn trained 1,165 regular and Special Needs Education (SNE) curriculum support officers, and 1,320 CBC champions as trainers of trainers.

"These officials are required to train teachers this week at all the 1,191 zonal training centres countrywide," she said.

Regarding funds for the training, the TSC boss said the National Treasury allocated the commission Sh500million for the month.

Similar trainings will be conducted in August and December, she said, as the commission explores use of ICT to ensure all teachers continually make use of the curriculum.

"This should be seen as a clear sign that the CBC must succeed at any cost," Ms Macharia said.

"Clearly, we recognise that teachers are going to be vital agents in the drive to effectively implement the CBC. It is why we emphasise the continuous Teacher Professional Development (TPD). We will do everything we can to ensure teachers are prepared and ready to deliver the CBC," the CEO also said

She added, "Trainees in our colleges must be prepared on the demands of the new curriculum before they graduate." 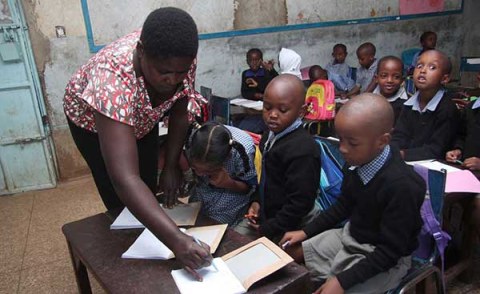 Teachers' Strike, New Curriculum - But Kenyan Schools Open
Tagged:
Copyright © 2019 The Nation. All rights reserved. Distributed by AllAfrica Global Media (allAfrica.com). To contact the copyright holder directly for corrections — or for permission to republish or make other authorized use of this material, click here.