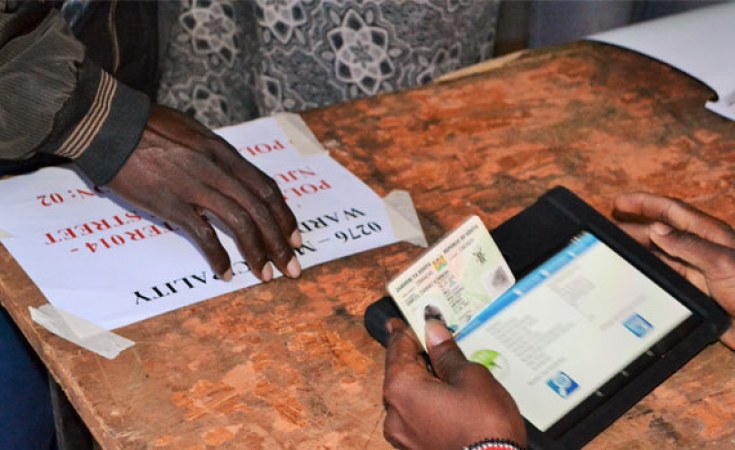 Maputo — Mozambique's Electoral Administration Technical Secretariat (STAE) on Wednesday admitted that it is facing many problems in the current voter registration, but stressed that it is taking measures to solve them.

Speaking at a Maputo press conference, STAE spokesperson Claudio Langa admitted that at least 200 registration brigades are paralysed or functioning in only a limited way in the central province of Sofala, and 321 in the neighbouring province of Zambezia. Both these provinces were severely affected by cyclone Idai, which struck central Mozambique on 14 March.

34 brigades are not functioning in the southern province of Gaza, and smaller numbers in other provinces. In the country as a whole, STAE has set up 5,096 brigades, operating 7,737 registration posts.

Langa said the main problem STAE faces is electricity - or, rather, the lack of it. Cyclone Idai had a severe effect on the power supply, particularly in Sofala. "Zones which we had earlier mapped as not needing alternative sources of electricity now do need them", he said .

Persistent rainfall in some parts of the northern and central provinces are causing difficulties for the functioning of solar panels for the normal operation of the voter registration machines.

In the northern province of Cabo Delgado, some brigades are not operating because of the islamist insurgency in Mocimboa da Praia and Palma districts. Some parts of these districts have been depopulated as local people flee from insurgent attacks, and in these areas STAE has not opened the posts.

In some of the areas worst hit by cyclone Idai, such as the city of Beira and the Sofala districts of Buzi and Nhamatanda, brigades are also not working, while STAE tries to ascertain what will happen to people displaced by floods. Where they end up living should determine where they register and where they vote.

"We are coordinating with other state institutions who are handling this matter, to follow the dynamic of resettlement", said Langa. "As matters unfold, we shall design the best solution".

STAE also has problems with the printers used to print out voter cards. Langa said that breakdowns with printers were due to generators not providing the appropriate level of current. But he also admitted that brigade members had not received enough training, and blamed some of the frequent equipment stoppages on poorly trained staff.

STAE believes that solar panels are the best bet for solving the problems, and Langa hoped that the distribution of the panels will be concluded by the end of this week. The panels should stabilise power supply and allow the STAE equipment (known as a "Mobile ID") to work at maximum capacity.

In the first week of the registration (15-21 April), the registration brigades registered 941,601 voters. This figure is not enough to meet the target of 7.3 million new voters by the end of the registration period on 30 May. To achieve that target, STAE needs to register an average of 162,222 voters a day, or around 1.14 million a week.

Langa was not discouraged, however. He pointed out that there is a tendency to leave matters such as voter registration to the last minute, and he was sure that the weekly average would rise as the registration continues, and as the brigade members become more skilled at handling their equipment.

At the moment, he said, it is taking a brigade between three and five minutes to register a voter. STAE hopes to bring this figure down to two minutes.

There is considerable variation among provinces. Despite the security problems, Cabo Delgado had the highest registration in the first week - 124,424, out of an estimated total of 644,021 potential new voters (19.3 per cent). The province with the largest population, Nampula, registered 239,393 voters out of a target of 1,702,140 (14 per cent).

The worst performance came from Sofala where only 30,262 voters registered - 5.8 per cent of the target figure of 521,950. This poor result is blamed on the large number of brigades that are still not operating fully due to the fallout from cyclone Idai.