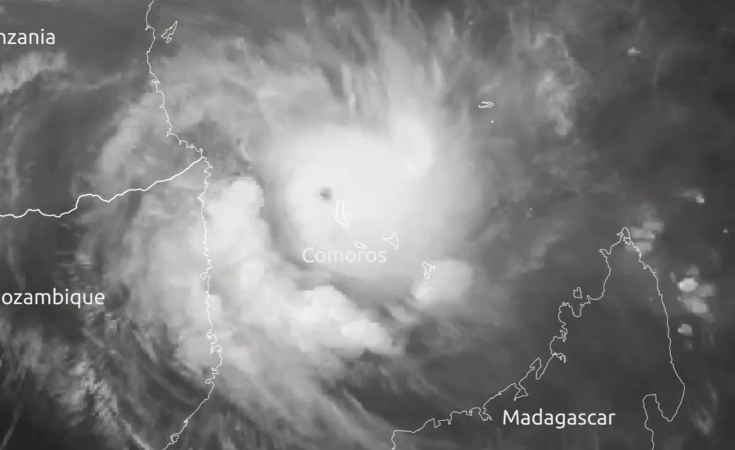 Mozambique was preparing for another powerful cyclone to make landfall, just six weeks after Cyclone Idai ravaged the country. Cyclone Kenneth has already wreaked havoc in the nearby Comoros islands.

Mozambique was said to be on "red alert" on Thursday, as it prepared for the impact of Cyclone Kenneth.

The UN has warned that the latest storm -- expected to dump heavy amounts of rain after making landfall -- could cause flash flooding and landslides in Mozambique's far north.

Authorities have warned that several rivers, as well as coastal waterways, might overflow -- placing hundreds of thousands of people at risk of flooding. Winds of up to 300 kilometers per hour (190 miles per hour) were forecast with storm surges of 3 to 5 meters.

"All measures will be implemented to save lives," said Maita. "We will make sure that people are evacuated today, even if it means forced evacuation," she said.

Cyclone Kenneth was due to make landfall on the African mainland later on Thursday near the port city of Pemba - a good deal further north than where Cyclone Idai first hit Mozambique last month.

Nevertheless, agencies warned that damage cause by the two weather systems -- in such relatively quick succession -- could have a cumulative impact on communities.

Cyclone Kenneth Strengthening as it Heads for Coast

Cyclone Bearing Down On Cabo Delgado

Cyclone Kenneth Kills in Comoros, Then Hits Mozambique, Tanzania
Tagged:
Copyright © 2019 Deutsche Welle. All rights reserved. Distributed by AllAfrica Global Media (allAfrica.com). To contact the copyright holder directly for corrections — or for permission to republish or make other authorized use of this material, click here.