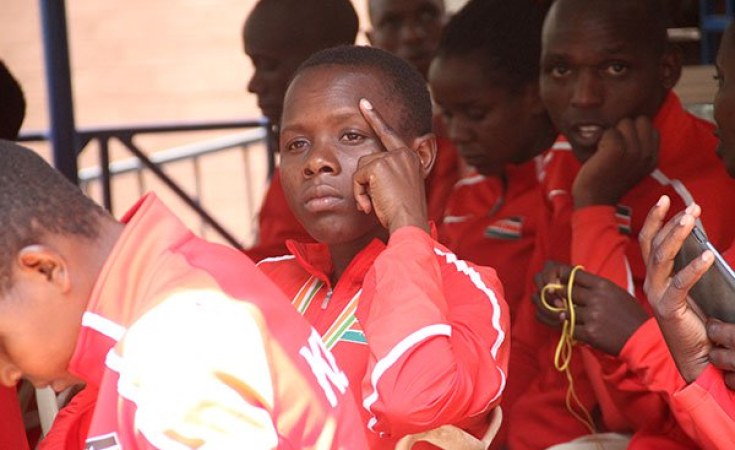 Kenya Under-18 and Under-20 athletes have criticised the government following a string of unfulfilled promises, with some planning to stage demonstrations in Nairobi Friday morning to demand accrued allowances and bonuses dating back to 2017.

On Thursday, members of Kenya Under-18 and Under-20 athletics teams which competed in the just-concluded Africa Youth Athletics Championships in Abidjan, Cote d'Ivoire, staged a sit-in at Roasters Hotel in Nairobi demanding allowances totalling Sh6 million owed to them.

Each of the 72 athletes is reportedly owed Sh80,000 in camp allowance accrued over the past one month.

The athletes had planned to stage street demonstrations and to march to Parliament to present a petition to Senate Majority leader Kipchumba Murkomen and Nairobi Senator Johnson Sakaja, but were stopped in their tracks by Athletics Kenya Nairobi branch chairman Barnabas Korir.

Sports Principal Secretary Kirimi Kaberia confirmed Thursday evening that the athletes would be paid on Friday.

"The government has committed to pay this money. I just don't know when but I trust (Sports Cabinet Secretary) Amina (Mohammed). She says they are processing the cash. Please let's give her time," Korir pleaded.

But the athletes would hear none of that. "We are stranded here," said Edward Zakayo, who won gold in Under-20 5,000 metres race in the championship, said.

"I borrowed money to leave camp after competing at the Africa Athletics Championships (in Asaba last year). They (government) promised to pay us within days but that hasn't happened until now," he added.

Deputy President William Ruto hosted the contingent from Denmark on April 3 and promised that their allowances would be paid in full 'within two weeks'. That has not happened. Members of Kenya's triumphant team which competed at the 2017 World Youth Championship held at Moi International Sports Centre, Kasarani are also yet to be paid.

The team to Abidjan performed well, winning a total of 45 medals (19 gold, 16 silver, and 10 bronze). The Under-18 team finished second in Africa behind South Africa, while the Under-20 athletes came first.

Thursday's development comes 45 days after President Uhuru Kenyatta announced during the Beyond Zero Marathon, that sports activities would top his agenda in 2019 and that no athlete would lack the basics required to represent the country on the international front.