Africa: Why Women's Involvement Is So Vital to Water Projects' Success - or Failure 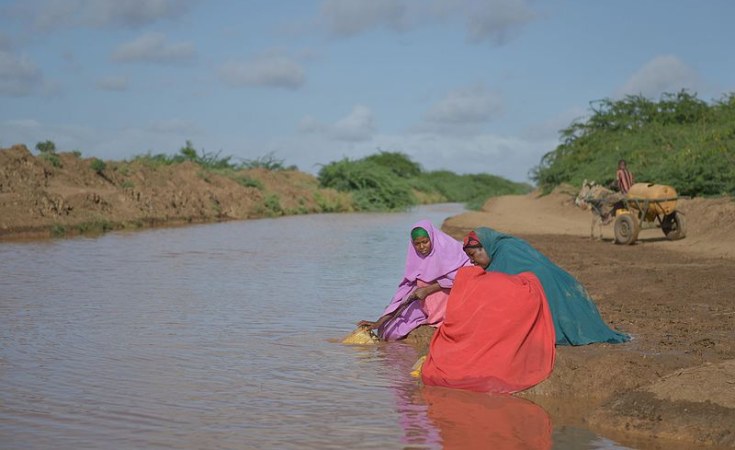 When thinking about water management, gender is probably the last thing on many people's minds. But in fact, the whole process of water management - technology choices, decision making, implementation, benefits and risks are all gendered.

We know that men and women tend to have different priorities and needs when it comes to water. For instance, women prefer to have domestic water supply and irrigation structures close to their households. This allows them to effectively divide their time between productive and domestic responsibilities. Men are usually more mobile, so the location of supply is less important to them.

In most African countries, women and girls are responsible for finding and carrying water. This leaves them with less time to improve their lives through education and work: that's how the cycle of poverty sustains itself in Africa.

Women's role in water management isn't just domestic. Women also have notable but often invisible roles in the economically productive use of water, including agriculture, fisheries, and livestock: they are responsible for half of the world's food production and, in Africa, women make up 43% of the agricultural labour and produce up to 80% of the food.

The relationship between people and water is not gender-neutral and there's a growing body of evidence which shows the benefits of incorporating gender issues into water management. Any policies and interventions around water management can only really be successful if women are included alongside men in every aspect of water management.

Traditionally, women are responsible for managing and maintaining communal water supplies. This is quite common in many African communities, where women regulate and control the use and maintenance of water resources. For example, they restrict cattle watering to particular sites, and washing to specific downstream sites on the river.

Women also take on the work of finding alternatives and solving problems related to water and food supplies. When crop yield is low due to soil exhaustion, it is women who modify farming practices. They develop alternative strategies in response to soil deterioration and erosion.

However, these tasks are not part of a formal structure. This means women are not drawn into community discussions with government about different water sources and, as such, they tend not to be involved in strategic planning and decision making.

This is a serious oversight. Through their informal work, women are enriched with special knowledge, experience and skills around water management. Water projects that overlook women's central role in water management and exclude them not only bypass half the population but also reduce the efficiency, effectiveness and sustainability of the projects.

In Morocco, a World Bank project provided convenient access to safe water and dramatically reduced the time women and girls spent collecting water. As a result, girls' school attendance increased by 20%. Another study in Tanzania showed a 12% increase in school attendance when water was available within 15 minutes, compared to when it took more than half an hour to reach water.

In Burkina Faso, women's participation has been found to add noticeable value to the success of water projects. They were found to have information on the year-round reliability of traditional water sources: village chiefs, men and elders lacked such knowledge.

There's potential for broader societal change, too. Men's perspectives on women's abilities are challenged, and women are equipped with new skills that allow them to step away from stereotypical roles.

The Watersheds and Gender project in El Salvador is a great example of this. Women were trained to learn new skills, and put in charge of small scale water-related companies. They acquired technical agricultural knowledge and performed tasks previously considered suitable only for men. In Hoto village, Pakistan, huge success was achieved in a water project when a women's solution was adopted. This encouraged women to become active participants in decision-making, and led to significant changes in their lives - like the opening of a girls' school.

All of these examples show that when women and men are equally involved in decision-making around water, decisions and solutions are representative of the entire community's needs.

More water management projects should be paying attention to gender, and the very important role that women can play in projects' success - or failure.