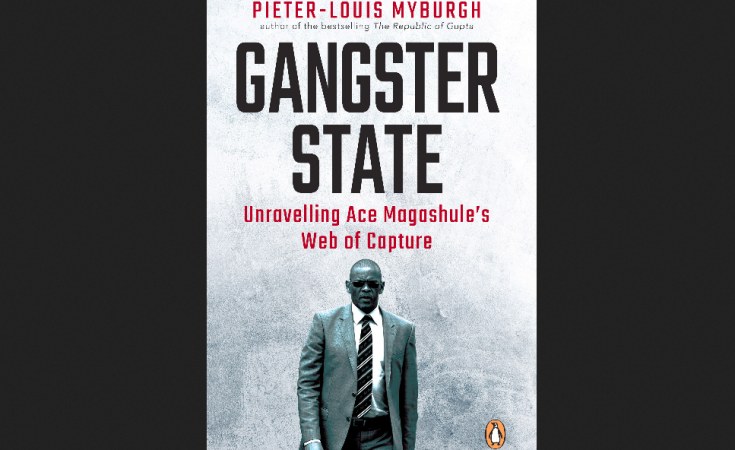 If you have a pirated PDF copy of Pieter-Louis Myburgh's Gangster State: Unravelling Ace Magashule's Web of Capture, you are breaking copyright laws and may face legal action.

Penguin Random House (PRH) which published the book said that it was appalled by the "ongoing illegal distribution of the book, which is widely being disseminated on social media".

The book reveals how ANC Secretary General, Ace Magashule stood at the "head of a well-organised state-capture network" in the Free State for almost a decade. That was mostly during his tenure as premier.

This network scooped millions of rands of taxpayers' money in schemes seemingly presided over by Magashule and has allegedly seen people like former president Jacob Zuma, the Gupta family, some of the Magashule children, the former provincial premier himself and a host of connected ANC politicians benefit from various government schemes.

In the statement, PRH said that it was even more concerned that prominent individuals appear to encourage the unlawful activity.

"The distribution of pirated copies of Gangster State infringes our copyright as well as that of the author, and it is unlawful in terms of the Copyright Act of 1976," reads the statement.

The company advises the public that the only way to obtain an ebook legally is to buy it from an ebook retailer or to borrow it from an authorised ebook library.

"Any copying or distribution of a pirated ebook, or any forwarding of a link to the pirated ebook, is unlawful. We will take legal action against individuals who are circulating pirated copies, which may include criminal complaints once we have collected all the necessary information," the institution said.

The publishing company also quotes Myburgh saying "there is clear copyright legislation in place that should protect authors from piracy. It is astonishing that a senior political leader and a top legal professional are among those who seem to encourage the sharing of illegal copies of Gangster State on a public platform like Twitter".