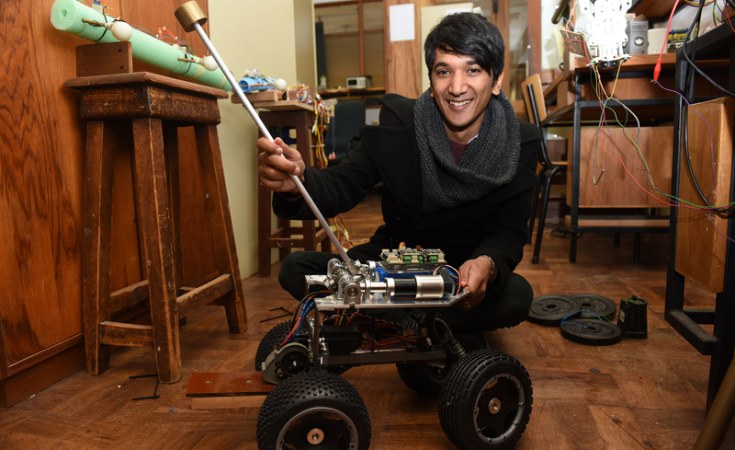 Michael Hammond/UCT
Dr Amir Patel has been investigating the properties of cheetahs’ tails in relation to robotics.
University of Cape Town (Cape Town)
By Laura Rawden

Cape Town — This jumping bot is setting the stage for the future of robotics research led by Dr Amir Patel’s team at the UCT Department of Electrical Engineering. It is work that can not only improve the way robots move, but also influence sports science and inspire young minds.

“There is so much being done in robotics that can inspire future researchers, but much of it focuses on steady-state or constant-velocity motion,” says Patel. “The new frontier is transient, rapid movement – and we are one of the first groups looking at that.”

Robots that are capable of transient motion can quickly get up to speed, navigate objects and come to a halt. With these abilities, robots could be sent on dangerous search-and-rescue missions where they can move quickly to dodge falling rubble, for example.

But such movements require an understanding of how biped and quadruped – two- and four-legged – robots pick up speed and slow down. “In the robotics community, these motions are largely ignored due to their complexity,” says Callen Fisher, a PhD student working with Patel’s team.

Instead, robotics research is largely focused on constant speed and energy efficiency. This is important for robots that perform repetitive tasks, such as moving in a straight line, and for ensuring they get the most battery life. But it leaves a knowledge gap that the UCT team aims to fill.

“In the bigger picture, it’s not useful to have a robot that can run very fast if it needs a few minutes to reach that speed or to slow down from that speed,” says Fisher. “We are trying to solve that by developing novel controllers and platforms.”

The first step in achieving this is Baleka. Named for the Zulu word for ‘sprint’, Baleka was designed by master’s student Alexander Blom as a platform capable of testing controllers for these agile motions. It was a process that took two years, with at least one year dedicated to design and optimisation.

“It was really difficult to do, because no-one knows anything about rapid acceleration motions,” Blom says. “We had to develop an entirely novel way to design the robot.”

Using trajectory optimisation, Blom was able to identify the best robot structure for their purposes. This involved writing a unique algorithm with defined parameters for speeding up and stopping. “By testing acceleration and deceleration motions, and trying out different leg lengths and gear ratios, we could identify what we needed to build,” says Blom.

From there, the team had to develop the robot’s operating system along with its sensors, electronics and a kill switch. “If anything goes wrong, we need to be able to shut it down immediately,” adds Blom.

The build work was novel in its own right and sent Blom to the Institute of Electrical and Electronics Engineers’(IEEE) 2018 International Conference on Robotics and Automation in Brisbane, Australia. “We were the only African university represented there, which is a testament to this work being sufficiently novel and interesting,” says Patel.

Baleka was designed with a purpose in mind: to be capable of demonstrating specific transient movements. “That means how high it can jump and how repetitively it can do that,” according to Blom.

But that’s just the first step. The team is now going to use the work that went into Baleka to develop a quadruped robot for testing how the spine is used in transient motion.

“Alex has designed a leg that can handle a range of motion with a spine attached to it. Now we’re going to build on that to identify the optimal spine to support rapid acceleration and deceleration,” says Fisher, who will be doing that research as part of his PhD.

Baleka will also be put to further use. Stacey Shield, another PhD student on Patel’s team, will use the robot to test how arms affect motion. Specifically, she’ll look at the role of arms in stopping and how arms can assist with acceleration.

It’s research that contributes to robotics but has applications in other disciplines too. Fields like sports science can benefit from this work, as the robots enable researchers to conduct testing that’s difficult to do with human volunteers.

“With a robot, we can tell it not to use its arms at a very specific point or give it a specific time to initiate a breaking manoeuvre,” Patel explains. “The hope is that our work will not only result in novel robotic applications, but also serve as platforms for biomechanics to better understand the way humans and animals move.”

The team’s work also has the potential to excite the next generation of researchers in science, technology, engineering and mathematics (STEM). The lab often welcomes groups of young students who get a first-hand look at the robots in action. It’s a concrete way to demonstrate science, says Patel, which can inspire their future.

“Our lab is quite popular with students who get really excited about seeing what they’re studying come to life,” says Patel. “It’s a tangible way to show them that maths and physics can contribute to something useful and exciting.” 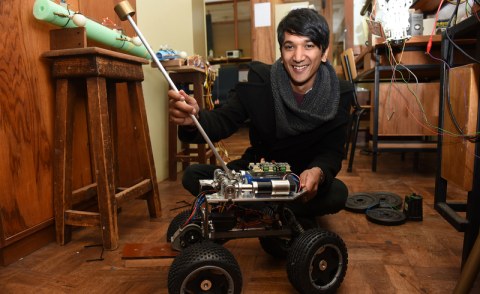 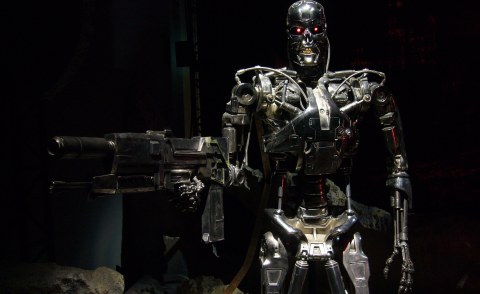 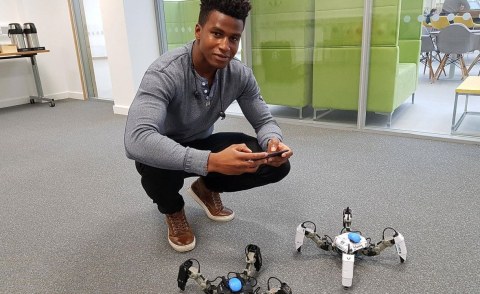 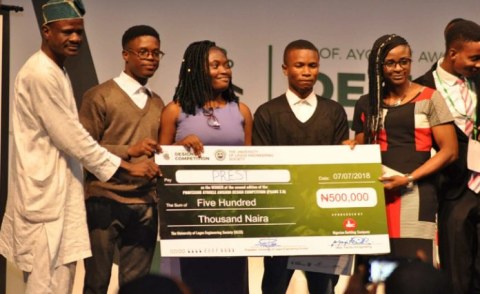 Robotics Team Earns Top Spot at Nigerian Design Competition
Tagged:
Copyright © 2019 University of Cape Town. All rights reserved. Distributed by AllAfrica Global Media (allAfrica.com). To contact the copyright holder directly for corrections — or for permission to republish or make other authorized use of this material, click here.