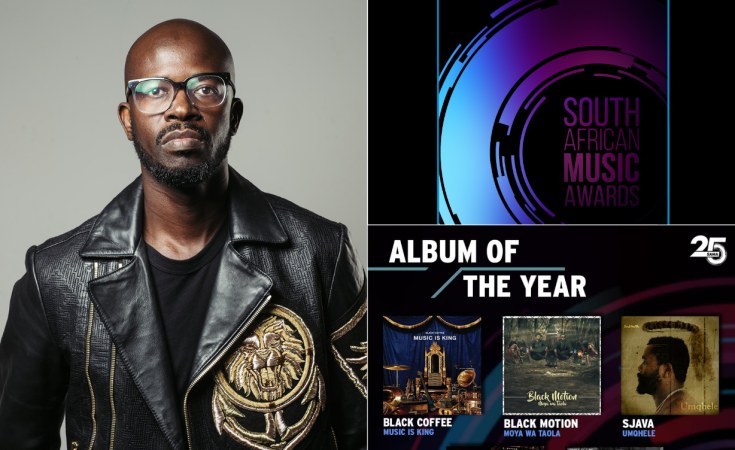 Johannesburg — Local DJ Black Coffee stamped his authority on the South African music scene when he walked away with an impressive five nods at Thursday night's Sama nominee announcement.

The internationally acclaimed DJ's album Music is King secured him noms in Album of the Year, Male Artist of the Year and Best Dance Album categories. He also scored a double nomination in the Collaboration of the Year award, first for Drive featuring David Guetta and Delilah Montagu and second for Wish You Were Here featuring Asanda Lusaseni-Mvana.

Now in its twenty-fifth year, the Samas will be held at the Alberton Civic Theatre, east of Johannesburg where it was first held in 1994.

Hot on the heels of Black Coffee was Sjava's Umqhele that earned him four nominations in Album of the Year, Male Artist of the Year, Best Afro Pop Album and Best Engineer.

Also standing at four nods is Sho Madjozi in Female Artist of the Year, Newcomer of the Year, Best Kwaito/ Gqom/ Amapiano Album for Limpopo Champions League and Music Video of the Year for Huku.

It was also a good night for Zonke who bagged four nods in Album of the Year, Female Artist of the Year, Best R&B/Soul Album and Best Produced Album for L.O.V.E.

Sun-El Musician also hit a slam dunk with four nominations in Newcomer of the Year, Best Dance Album for Africa To The World and a double whammy in the Collaboration of the Year first for Sonini featuring Simmy and Ntaba Ezikude featuring Simmy.

The late Oliver Mtukudzi is up for the Rest of Africa Artist award where he is nominated with Diamond Platnumz from Tanzania, Kommanda Obbs from Lesotho, Mr Eazi from Nigeria and Nixon from Zimbabwe.

Two reality TV show winners Tholwana (2.0.1.5) and Paxton (This is Me) stake their claim for glory in the Best Pop Album as they go up against Majozi (Majozi), Tresor (Nostalgia) and Jarrad Ricketts (Break the Rules), while in the Best Pop Album category Snotkop (SOUS) is pitted up against 4 Werke (4 by 4), The Rockets (Sonskyn), Brendan Peyper (Dis Nie Sonde Nie) and Jan Bloukaas (Lewe).

In the Best Contemporary Faith Music Album Ntokozo Mbambo (Moments in Time) will slug it out with Neyi Zimu (Another Level of Worship), Khaya Mthethwa (All About Jesus), Tshwane Gospel Choir (The Next Revival) and We Will Worship (Seasons Volume 1).

The theme for this year was revealed as #recognise.

WHERE YOU CAN WATCH IT:

For the first time in the history of the Samas local audiences and around the world can secure a front row seat by streaming the nominations formalities live from Alberton on the event's website on Thursday, 25 April 2019 from 19:00 to 21:00. 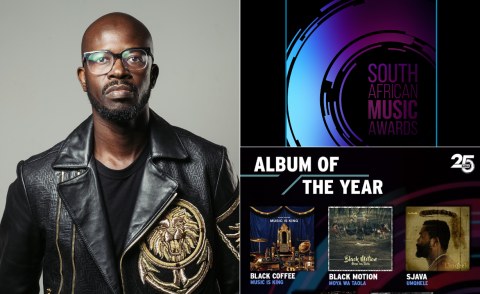 DJ Black Coffee is On Fire! Gets 5 SAMA Nods
Tagged:
Copyright © 2019 News24Wire. All rights reserved. Distributed by AllAfrica Global Media (allAfrica.com). To contact the copyright holder directly for corrections — or for permission to republish or make other authorized use of this material, click here.