South Sudan: Blow to South Sudan Peace Deal As Machar Says He Is Not Ready to Return 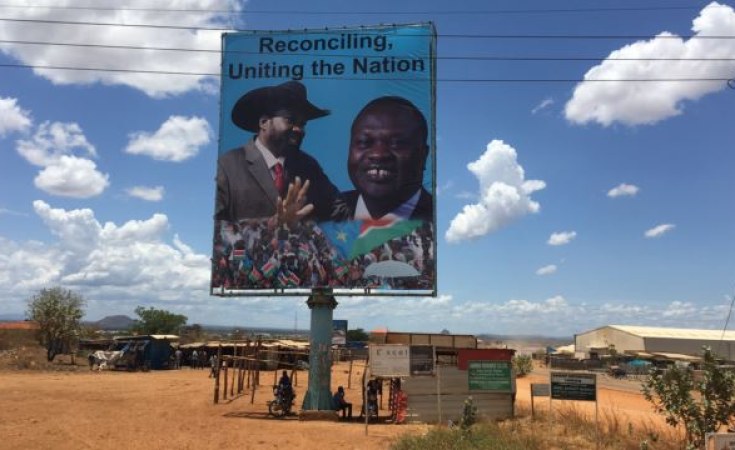 South Sudan's rebel leader Riek Machar is not ready to return to Juba until security concerns are resolved, an official from his party said on Wednesday.

Dr Machar, who was meant to return to South Sudan in May and join a power-sharing government as vice-president with President Salva Kiir after the signing of a peace deal in September last year, wants to postpone the formation of a unity government.

The deal is the latest effort to end almost six years of conflict, which erupted due to a fall out between the two leaders in 2013.

Observers, though, have been warning that implementation of the deal has stalled.

Dr Machar "will not come to Juba without security arrangements," he said.

Machar believes unity govt won't be ready by May

Dr Machar fled Juba in a hail of gunfire in 2016 in a clash between his troops and government forces after the collapse of a previous peace agreement. The latest deal has largely stopped fighting in the country.

What is yet to be done

However, crucial steps such as establishing a unified army and discussing security control of the capital have yet to take place.

"We have not even trained few people, and it is a pre-requisite for forming the government," said Mr Chol.

The independent Eye Radio reported Wednesday that 3,000 opposition and government troops were being trained together, although Mr Chol denied this.

The other key issue yet to be addressed is the contentious matter of internal boundaries.

"You cannot form a government without knowing the number of states," said Mr Chol.

"What we are saying is extend the time, provide the resources...And we will have the government in place."

The government has asked foreign donors to fund lion's share of its $285 million budget to implement the deal. But diplomats argue they have yet to take important budgetary steps and improve transparency.

President Kiir's spokesman Ateny Wek Ateny told Eye Radio that other opposition figures were already in Juba, and this should tell Machar "that his security will be taken care of while the government is formed."

Dr Machar had requested an extension of the eight-month pre-transitional period by six months to put security structures in place, but President Kiir rejected the request on the grounds that any delays would be an act of bad faith in the eyes of the people at a time when the country is ready for a new spirit and the dawn of a new sense of national unity.

James Oryema, the SPLM-IO representative in Kenya, said that the objective was to train and re-orient soldiers from wartime to peacetime.

"Without this, we will be uniting forces with a war mentality to serve peaceful time. This is a recipe for recurring of fighting between the forces. SPLM-IO cannot be seen as spoilers when the fundamental articles within the agreement is not implemented," said Mr Oryema.

Meanwhile, South Sudan intellectuals in the diaspora say President Kiir and Dr Machar should stay out of the transitional government and use the time to prepare for elections after three years.

In a paper to the Inter-Governmental Authority on Development (Igad) authored by five South Sudanese academics in the US and Canada, they suggest limiting participation of the two leaders to only the transitional period of three years and not the later elections.

The authors concurred with SPLM-IO that while the Permanent Ceasefire and Transitional Security Arrangements as provided in Article 2.1 were a critical factor for confidence-building, there are concerns over past experiences in dealing with the same intransigent mind-set offered by the leaders of the SPLM

"The weakness of the ceasefire provision was not intended but it lacks a strong compliance enforcement mechanism and there are consequences for breaching protocol or failure to respond in a timely manner," they wrote.

Cirino Hiteng, a former assistant minister for foreign affairs, said that the signatories are going to face hard times ahead as they implement the agreement and President Kiir is likely to ahead and form a government without Dr Machar.

The authors are also concerned that the selection criteria for assembly or cantonment sites is problematic because it can be manipulated by all parties to the agreement to displace rural communities and increase violence if local communities resist the encroachment on their land, particularly in Equatoria and Western Bahr el Ghazal states.

"The expectations are that the transitional security arrangements will embrace the opportunity to rebuild the armed forces and national security apparatus to reflect the diversity of the country.

"However offers no details or guarantees of any significant reforms in terms of the composition of the armed forces and security organs," they said.

All the provision promises is absorption of those considered defectors into the new SPLA outfit known as South Sudan National Defense Force.

They say that there is fear that the disengagement, separation, cantonment, disarmament, and screening of forces is designed as a one-sided process intended to disempower and neutralise the opposition forces.

Critics Slam South Sudan Deal With U.S. Lobbyist
Tagged:
Copyright © 2019 The East African. All rights reserved. Distributed by AllAfrica Global Media (allAfrica.com). To contact the copyright holder directly for corrections — or for permission to republish or make other authorized use of this material, click here.