Nigeria: Shell Involvement in Execution of 'Ogoni Nine' in Nigeria to Be Decided By Court 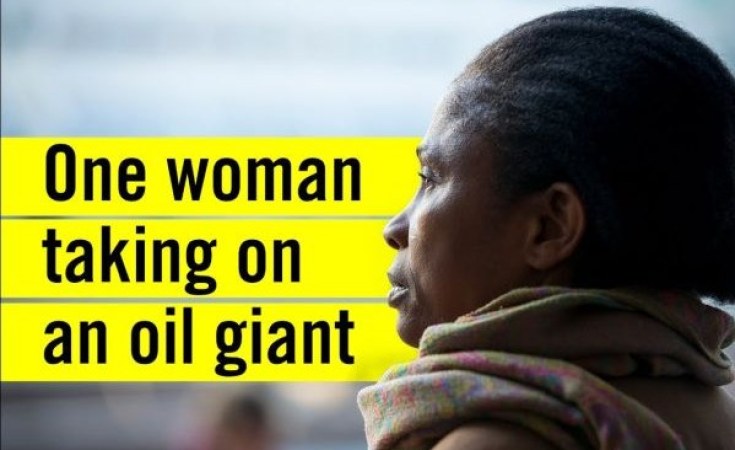 Photo: Amnesty International
Esther Kiobel is the widow of Dr Barinem Kiobel. He was hanged in 1995 along with the writer and human rights activist Ken Saro-Wiwa, and seven other men, collectively known as the Ogoni Nine.
Amnesty International (London)
press release

A Dutch court will this week (Wednesday 1 May) rule on an historic case against Shell, in which the oil giant stands accused of instigating a raft of horrifying human rights violations committed by the Nigerian government against the Ogoni people.

Esther Kiobel, Victoria Bera, Blessing Eawo and Charity Levula are suing Shell over what they say is its role in the unlawful arrest, detention and execution of their husbands by the Nigerian military, following a brutal crackdown on Ogoni protests against Shell's devastating pollution of the region in the 1990s.

"This decision will hopefully mark an important step towards justice for the Ogoni Nine.

"These women believe their husbands would still be alive today were it not for Shell's relentless pursuit of profit, which encouraged the Nigerian government's bloody crackdown on protesters even when it knew the human cost.

"Despite a cache of evidence against Shell, the company has managed to dodge justice for years. This ruling could have great significance for people everywhere who have been harmed by the greed and recklessness of global corporations, and have struggled to hold them to account."

Esther Kiobel and Victoria Bera will be in attendance at The District Court of The Hague, along with representatives from Amnesty International.

Taking a powerful multinational corporation to court for harm it has caused overseas is an extremely lengthy process. Esther Kiobel first filed a case against Shell in New York in 2002, but in 2013 the US Supreme Court ruled that the US did not have jurisdiction to hear the case - meaning the US courts never got to examine the substance of the allegations against Shell.

Amnesty has independently documented Shell's role in killings, rape and torture carried out by the Nigerian government in its effort to crush protests.

Barinem Kiobel, Baribor Bera, Nordu Eawo and Paul Levula were hanged in 1995 after a blatantly unfair trial. Their widows are now demanding compensation and a public apology from Shell for the role the company played in these events. Five other men, including protest leader and writer Ken Saro-Wiwa, were executed alongside them. They have become collectively known as the Ogoni Nine.

The four plaintiffs accuse Shell of being instrumental in the unlawful arrest and detention of their husbands; the violation of their husbands' physical integrity; the violation of their right to a fair trial and to life, and their own right to a family life. Amnesty International supported Esther Kiobel to bring the case to the Netherlands in 2017, and detailed Shell's role in the arrests and executions in a briefing, In The Dock. The plaintiffs are also calling for the court to order Shell to hand over more than 100,000 internal documents marked as confidential by the company during the US proceedings between 2002 and 2013, which are crucial to the case.

For more information about Esther Kiobel's battle for justice, please see One Woman Vs Shell.