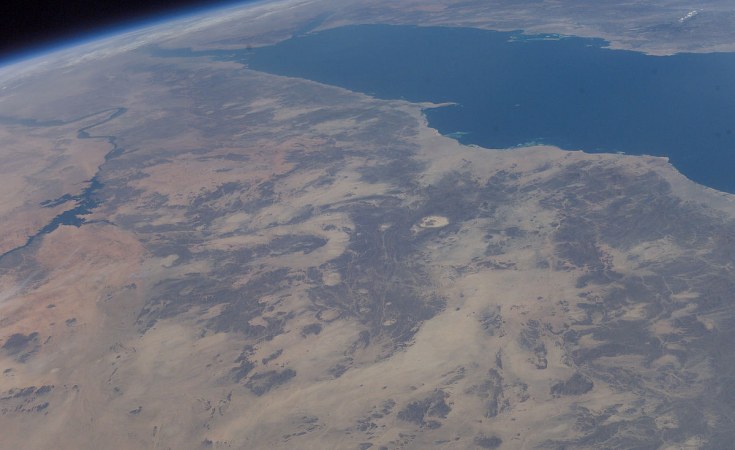 Africa is the birthplace of humanity. From the time of our lineage's split from the chimpanzee line around 7 million years ago, the continent has remained the primary homeland for successive hominin species - of which modern humans are the sole survivors.

This knowledge has been firmly established through fossil and archaeological discoveries from different parts of the continent, most notably from eastern Africa.

But of course, hominins didn't stay only in Africa. A little more than two million years ago, pre-Homo sapiens populations started to disperse out of the continent. They went first to nearby territories like Southwest Asia and Arabia, then ventured further and reached eastern China by about two million years ago and Europe around one million years ago. From there, they kept moving. Today, there's almost no place on earth that doesn't hold traces of humanity.

This movement played a vital role in introducing ancient humans to new ideas, survival opportunities and risks. Those experiences helped our lineage to emerge as a resilient and adept species, which is evident in the technological ingenuity of modern humans.

So, given that dispersal has been such a vital process in our evolutionary history, where do we trace the first glimpse of it? The Nile corridor and the Strait of Bab-al-Mandeb on the southern end of the Red Sea have often been suggested as possible routes for hominin dispersals out of Africa. But the available evidence linking these regions to hominin dispersal is limited, and there is no strong consensus among researchers if these routes were always accessible or most desired by hominins.

For example, while the presence of the Nile River makes dispersal along the Nile basin most plausible, the main Nile channel is believed to have ceased to exist between 1.8 and 0.8 million years ago. But there is evidence of hominin dispersal from Africa into the Levant (the area encompassing modern day Palestine, Israel, Lebanon, Syria, Jordan and Iraq) dating to that time span. Without the Nile, could hominins have used a different route to reach the Levant?

Recently we led a research team to fill the existing evidence gap about our ancestors' route out of Africa. Our focus was on the western periphery of the Red Sea. This area links the fossil-rich Horn of Africa and the Sinai Peninsula, which is the only land bridge that could have facilitated direct hominin movement between Africa and Eurasia in the past two million years.

We found evidence of hominin settlement in the area in the form of stone artifacts that suggests this region was a key early dispersal corridor - and possibly the first. That evidence includes stone tools, colloquially referred to as handaxes or bifaces. These were associated initially with the first fully bipedal (upright walker) hominin species, Homo erectus, and subsequently with other species.

Our study area is situated in the Sudanese Red Sea region. It encompasses the coastal plains that surround the Gulf of Agig and the Khor Baraka basin; "khor" means ravine in Arabic.

The Agig plains and Khor Baraka feature low plains and a network of coast-bound drainage systems that stretch away from the Red Sea Hills. This amounts to a typical human-supporting landscape.

We spent three weeks in the field, the first of several seasons we plan to spend focusing on this area. Our team documented five Stone Age sites and numerous stone tools scattered across diverse landscapes. The most conspicuous and widespread finds were what archaeologists colloquially refer to as handaxes or bifaces.

The stone tool techno-complex associated with handaxe-making is conventionally called "Acheulean", after a site in France called Saint-Acheul where such toolkits were first discovered in the mid-19th century. The handaxes we found reveal signs of controlled shaping and greater selectivity of raw material. The tool-makers were targeting fine-grained volcanic rocks as raw material, which demonstrates that they had the ability to identify good quality rocks that are easy to break and produce effective cutting edges. Based on their shape, we think the tools may have been used for cutting meat, extracting bone marrow or processing plant foods.

No fossils have been found yet to confirm who made the tools. But the level of technical skills needed to create them hints at a well-developed understanding of the mechanical properties of the worked rocks and increased dependency on stone tools. Maintaining such a viable technological system must have required stable - and cooperating - social groups and advanced cognition.

Because of its versatility, Acheulean technology is thought to have promoted a mobile lifestyle. Armed with their bifaces, the hominins who lived in our study area could easily have dispersed to and survived in diverse habitats. The most likely path was northward from the Gulf of Agig and the Khor Baraka basin up to the Sinai Peninsula and beyond.

These finds, and others at the site, have not yet been dated. But based on the technological features of the artifacts so far recorded in the study area, these sites seem to be comparable to East African sites dated to between 1.25 million and 500 000 years ago.

There's much more work to be done at these sites. We plan to keep investigating there to pinpoint the environmental and chronological contexts of early hominin adaptations in this ecologically and geographically unique part of Africa.