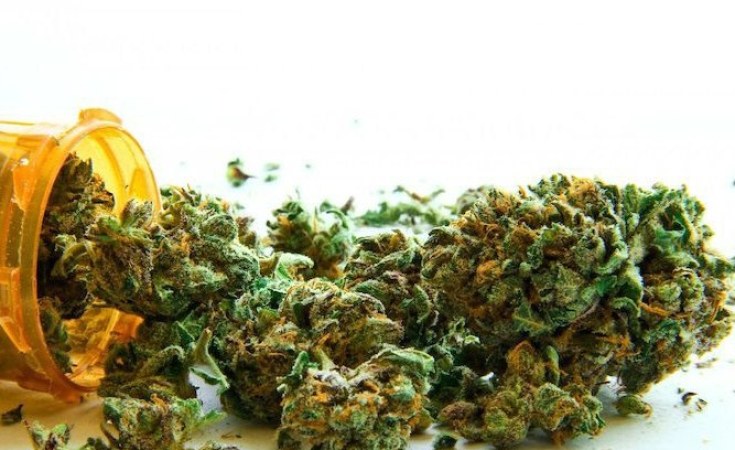 This Is Africa
Medical marijuana (file photo).
This is Africa (Hilversum)
By Kylie Kiunguyu

African governments are considering ways of tapping into the lucrative marijuana market. According to a UN survey, more than 10 000 tons of cannabis are produced on the continent each year, which could be worth billions of dollars in a rapidly expanding global market for legal cannabis.

Although African governments have not yet followed the trend of marijuana legalisation seen in Europe and the Americas, legitimate marijuana production for medicinal and industrial use is taking off. For instance, Lesotho is the continent's first country to offer legal licences to grow marijuana, signalling a shift towards more liberal policies.

The market for legal marijuana is set to be worth around US$146 billion (£114 billion) a year by 2025, with medicinal marijuana set to make up more than two-thirds of that, according to consultants Grand View Research.

From Uganda to Zimbabwe, there is growing interest in cashing in on this valuable crop.

It is still illegal to use marijuana recreationally in Uganda but the government is the latest African country to claim a stake in the lucrative business and generate revenue. It has landed deals to export medical marijuana products to Canada and Germany to the tune of US$160 million in June this year.

In partnership with an Israeli company called "Together Pharma Ltd", a director at Industrial Hemp Uganda Ltd, Benjamin Cadet, confirmed that they have received orders from about 20 000 pharmaceutical companies in Germany and Canada, The Daily Monitor reported.

"We signed annual supply contracts with pharmacies in Canada to the tune of US$100 million (Shs371.8b) and €58 million (Shs242.3b) for Germany. The current contracts run for 10 years but, along the way, we shall expand to satisfy future demand," Cadet said in a statement announcing the development.

In several parts of the world, marijuana is being used medicinally to alleviate suffering from several illnesses.

"People are using morphine, the main component of opium, as an analgesic for cancer pain. Opium is an opioid and is more addictive and has more severe side effects. Cannabinol (CBD) from medical marijuana is the best option for such patients.

"Cancer patients are using CBD illegally. We have the scientists and the technology to do this but regulations are not in place to allow cannabis drugs to be manufactured for domestic consumption," Cadet added.

A statement released by the Ugandan Ministry of Health also confirmed that they have received applications for licences from companies to cultivate the plant.

"The ministry has received applications from 14 companies interested in the cultivation, extraction and export of cannabis oil for medical purposes in line with the provisions of Narcotic Drug and Psychotropic Substances (Control) Act 2015," the statement read.

Read: South Africa's top court legalises the private use of marijuana. Why it's a good thing

Zimbabwe became one of the first African countries to legalise the production of marijuana for scientific and medicinal use. Citizens can now apply for a licence to cultivate marijuana. This renewable licence permits companies and individuals to produce marijuana for five years.

This North African country is not only best known for hashish but is also second only to Afghanistan as a producer of the substance, according to the UN Office on Drugs and Crime (UNODC).

Hash pressing, consumption of the drug and sales are still illegal, but unofficially these activities have made the North African region one of the largest exporters of the cash crop hashish.

Malawi is well known for the prevalence and quality of marijuana production within its borders, especially for the sought after "Malawi Gold" strain.

According to CNN, in 2018 the Malawian government was cultivating hemp on a trial basis, ahead of the potential legalisation of the non-psychoactive cannabis strain for industrial use, for example as fabric and in food products. This represents a major development after a lengthy battle with drug control groups and religious leaders that fiercely opposed any softening of policy.

Both advocates and critics of legalising hemp have suggested that marijuana could be next.

Lesotho is a mountainous country with a climate that is exceptionally well suited to growing high-quality cannabis for medicinal markets. In 2017, Lesotho became the first African country to legalise the cultivation of marijuana for medicinal purposes, spawning a new sector in a country where the economy struggles to create employment opportunities, according to the BBC.

But small-scale farmers may find themselves unable to cash in as they cannot afford the infrastructure and licensing costs that the legal trade requires.

The African Cannabis Report shows that the African legal cannabis market could top US$7,1 billion by 2023 if key markets legalise medical and recreational cannabis. Lesotho, as a regional first-mover, is set to play a crucial role in servicing and supplying the African market.

"We want to be known internationally as the best cultivator of medical-grade cannabis anywhere in the world," a spokesman told ProhibitionPartners.com. "We are proud of becoming the first African nation to produce cannabis legally, and we can only see this improving the lives and the health of the people of our great country."