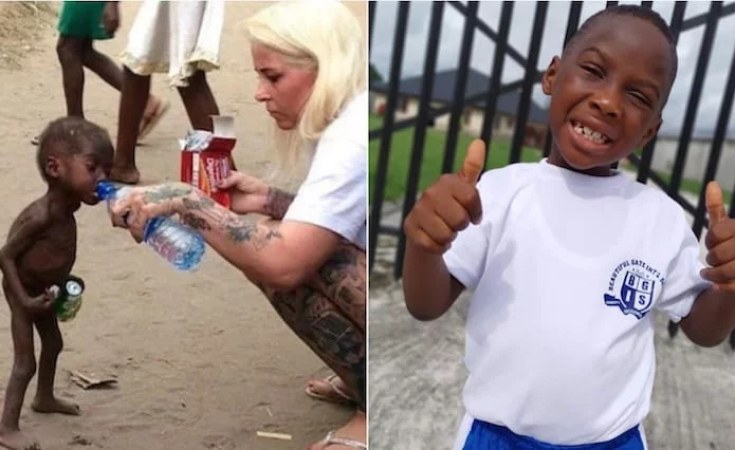 Anja Ringgren Lovén/Facebook
Meet Hope - From being branded a witch, abandoned, rejected and stigmatized to representing his school in 100 meters race.
This is Africa (Hilversum)

In February 2016 This is Africa shared the gut wrenching picture of an abandoned toddler, accused of being a witch in Uyo, Nigeria. Recently, Anja Ringgren the charity worker who rescued Hope shared pictures of the boy on Facebook, donning his school sports kit, participating in the inter-house sports competition.

In February 2016 This is Africa shared the gut wrenching picture, and story of a toddler who was abandoned, and called a witch by his community in Uyo, Akwa Ibom, in Nigeria. The toddler was rescued by Anja Ringgren Lovén, a Danish humanitarian worker, and David Emmanuel Umem who run the African Children's Aid Education and Development Foundation, a charity organisation dedicated to helping abandoned children.

The toddler, later named Hope, was found in a delicate state, owing to the inhumane conditions he was living in.

A year after his rescue Hope made such a remarkable recovery, and started attending school, news which went viral on social media, and it was celebrated by many people across the continent.

Fast forward to 2019, Hope is living testimony to the power of humanity to help others in need, transforming lives by alleviating suffering, protecting life and health, and upholding human dignity.

Recently, Anja Ringgren shared the story, and latest pictures of Hope on Facebook, donning his sports kit, representing his team in the school's inter-house sports competition. The lovely pictures certainly warmed the hearts of many people who followed the story from when the boy was rescued in 2016.

Plight of children accused of witchcraft

Thousands of children are accused of being witches in parts of Africa, and the children are tortured, and even killed.

The children accused of witchcraft are blamed for any perceived curse in the community either by neighbours or their own families. The accusations include being blamed for diseases, death in the family/community, a bad harvest or the loss of a job, accidents and any other natural calamities.

In worst cases, children get mutilated or even killed. The number of unreported cases is high, and police often refuses to intervene, as these cultural acts are a taboo subject in public discourse and the fear of supernatural powers is widespread even for the police and the prosecutors.

The protection of children from violence, including harmful practices, is enshrined in international human rights laws that have been adopted by the international community. 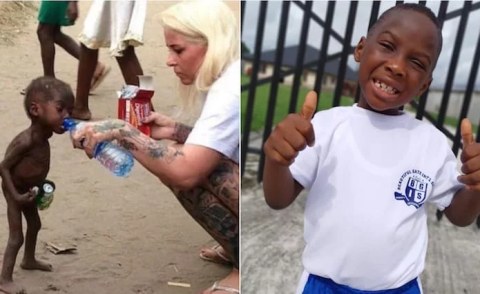 Abandoned Nigerian Boy Accused of Witchcraft Now Budding Athlete
Tagged:
Copyright © 2019 This is Africa. All rights reserved. Distributed by AllAfrica Global Media (allAfrica.com). To contact the copyright holder directly for corrections — or for permission to republish or make other authorized use of this material, click here.